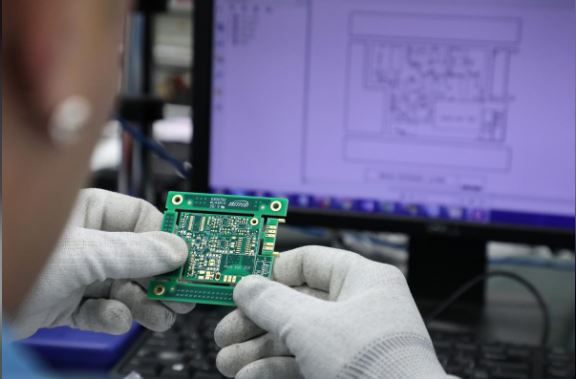 PENANG, Malaysia (Reuters) – Years after resisting pressure to move to China, Lee Hung Lung says his bet has paid off. Sales at his Malaysia-based Hotayi Electronic are surging, it’s hiring more workers, considering an expansion, and picking and choosing orders.

Lee is the founder and CEO of Hotayi, whose two factories manufacture and assemble circuit boards and other electronics products. The plants are located in the coastal state of Penang, once called the “Silicon Valley of the East” for its massive 47-year-old electrical and electronics (E&E) industry before it lost its shine to China.

Then came the trade war between the world’s biggest two economies, pushing mostly U.S. companies to look for factories outside China to escape retaliatory tariffs, and leading to Penang’s resurgence after what a fund manager described as “a decade of sleepiness”.

Penang is just one of the areas across Asia competing for supply chains seeking a new location and lower tariffs.

But its two industrial zones have the advantage of a long-established ecosystem of suppliers and customers in one place and cheaper labor than regional rival Singapore. The two zones are connected by a 24 km (14.9-mile) bridge over the Malacca Strait.

The other factor going for Penang is that many semiconductor and other electronics products from Malaysia do not attract U.S. tariffs, unlike the 25% rate for China.

In June, Hotayi opened its second plant – which at 350,000 square feet is five times the first one. On a visit this month, employees were testing equipment that will help build products for clients that include Samsung, LG and Sharp.

“Around 2007, I was facing big pressure even from my management because China was cheaper than Malaysia – up to 30% in labor costs,” said Taiwan-born Lee, taking off his striped white factory suit as he settled down for an interview in a conference room still smelling of paint.

“I instead decided to go for more smart, which means more investment on IT, software. Today Hotayi is becoming more, more and more big,” he said. “Because of the trade war, customers are transferring their complete production lines from China.”

Foreign direct investments into Penang leaped 11 fold to about $2 billion in the first half of this year – much more than it has attracted in any other full year. The government expects second-half numbers to be as strong, but declined to give any estimate of jobs generated.

In its federal budget for next year presented on Friday, Malaysia said it would provide tax incentives to further promote high value-added activities in its E&E industry.

Penang shot to the limelight in 1972 when Intel (INTC.O) built its first international manufacturing plant there. Intel was followed by many other big U.S. names such as Broadcom (AVGO.O), Dell (DELL.N) and Motorola (MSI.N).

But investments largely stayed flat for more than a decade starting 2005, government data shows, as China lured away companies. Intel opened a factory in the Chinese city of Chengdu the same year, prompting some Malaysian suppliers to move as well.

“It’s almost like a new renaissance for Penang. Penang is starting to see a second wave of investments after so many years of having lost its shine to China.”

Its sales are set to jump by up to 40% to $100 million this year – the best ever and compared with an average growth of 20%. A labor shortage, which forced Hotayi to decline an order recently, could however limit Malaysia’s E&E growth, she added.

Among other companies in the Penang zones, Qdos, which makes flexible printed circuits that it supplies to companies including Hotayi, expects to benefit from the trade war only next year when some customers who cut back on inventory place new orders.

Globetronics Technology (GNIC.KL), which exited China in 2011 as production costs rose and focused on its decades-old Malaysian operation, said it had gained more than 10% additional market share this year for its sensor products and was expanding production capacity.

Chief Executive Heng Huck Lee said several of the company’s potential clients were “mainly looking at a quick transfer and start up by renting ready facility and transferring some of their existing mature operations to Malaysia”.

Pentamaster (PMAS.KL), a Malaysian manufacturer of factory automation systems, said it completed its second production plant in Penang last year and is now expanding the floor space of its first plant by another 10%-15%. It said it was looking to sell more to China since some companies there are barred from buying certain high-tech equipment from the United States.

Malaysia’s January-August E&E exports rose 0.7% on the year to 247.6 billion ringgit, while total exports slipped 0.4% to 650.8 billion ringgit. Electronics exports from other countries such as South Korea and Singapore have plunged in recent months.

“We sense Malaysia’s relative strength as a move up the electronics value chain,” ING Asia economist Prakash Sakpal said. “And if so, the outperformance should continue even if recent strength wears off in an entrenched global downturn.”