‘Time to recognise and elevate TVET’ 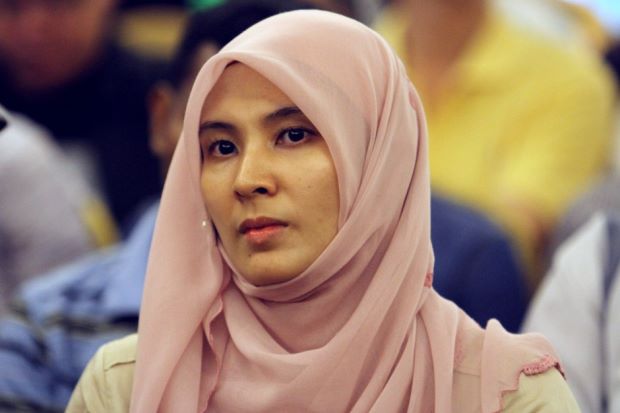 TVET should be elevated to a status equivalent or superior to traditional tertiary education, she added.

Nurul Izzah, who chairs a newly set-up TVET task force to strengthen and improve TVET, said in a statement yesterday:

“We must demonstrate that a university education does not have to be the be-all-end-all goal for Malaysians, that many alternatives exist alongside these options, while a system that has for so long practised various forms of exclusion shall now be expanded to ensure no Malaysian is left behind.

“The mandate given to me (by Education Minister Dr Maszlee Malik) is to come up with a report on structurally reforming TVET before one year is up.”

Last week, The Star ran an exclusive report on the Pendidikan Vokasional Menengah Atas (PVMA) programme that had been put on hold, leaving 5,504 school-leavers last year in a bind.

Students who had enrolled in the programme at their schools for the TVET were to be awarded with two certificates – Sijil Pelajaran Malaysia (SPM) and Malaysian Skills Certi­ficate (SKM).

However, 208 out of 269 national schools that offered the PVMA programme had yet to be acc­re­­di­ted as SKM training centres.

Nurul Izzah took exception to the current situation on TVET.

“Two Malaysia National Plans. More than RM10bil spent in a span of three years, from 2015,” she said.

“And where is TVET now? Plagued by stories of thousands of stranded, unqualified youths, awaiting placement and promise of a better future.

“Although TVET has existed in various forms since the 10th and 11th Malaysia Plan, the reality is that these efforts have been seriously disjointed in their implementation and are in dire need of thorough structural reforms.”

The Government, she said, should now continue with worthier initiatives of its predecessor.

“Reforming TVET requires us to think bigger than just courses and institutions,” she said.

She suggested an overhaul of TVET implementation to ensure significant progress by the year end.

Malaysia, she said, should look towards adopting international best practices as Penang had done with the implementation of the German Dual Vocational Training.

“Industries and chambers should (also) lead the way as they are best- positioned to know the needs of the economy, supported by federal and state governments.”

With proper oversight, coordina­ted by the Department of Skills Develop­ment under the Human Resources Ministry, Nurul Izzah said work would be done to ensure proper certification at all levels of training and business.

She said certification that was previously optional should be made mandatory in order for those with TVET training to find employment as well as for businesses to hire TVET graduates.