The Nordics in Penang: business solutions, brands, production and design 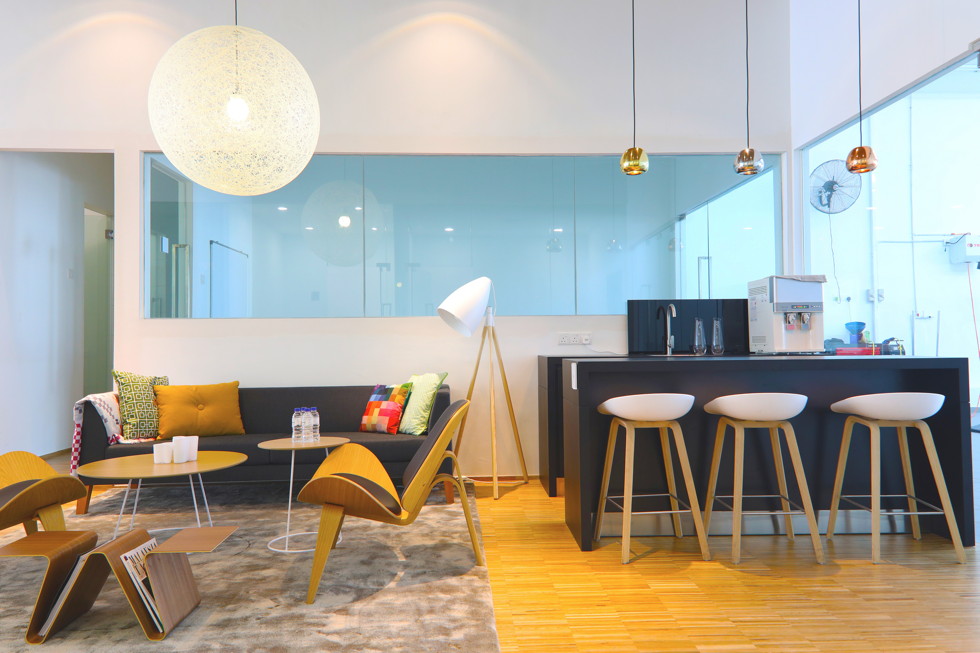 As Penang develops and its economy keeps on growing, Nordic business solutions and brands can meet certain needs, use it for production and cater to consumer demand (such as in the example of H&M and Ikea).

The presence in the State of Penang of brands and businesses from the Nordics is being significantly strengthened. Not so much within electrical and electronics (E&E), which have dominated Penang’s manufacturing hub, but within automation (now in focus), paired with the expanding GBS and other digital solutions. The depth of the businesses present and new opportunities for investors and entrepreneurs are growing. Penang now also supports to build up the local eco-system for start-ups, which ought to catch the Nordics’ attention.

One quote from Chief Minister of Penang, Lim Guan Eng is a strong indicator for the changes already set in motion: “The new ABCs of the business world in the digital era today are Industry 4.0-centred applications in Artificial Intelligence, Big Data Analytics, Cloud Computing and robotics.

To give a boost to Scandinavian design, and certainly setting the scene for Ikea, Volvo Cars now have two showrooms, where the Volvo Retail Experience at the mainland-based dealer is conceptualised as a Scandinavian ‘living room’.

An Ikea store, situated in Batu Kawan, is set to open in early 2019 as a significant magnet, part of the new integrated shopping centre within Aspen Vision City.

“Attracting Ikea to our state has long been a key part of our plan to make Penang’s mainland a sustainable, urban destination where people live, learn, work and play,” said the Chief Minister at the ground breaking ceremony.

“Penang’s great vision for infrastructure and business climate makes this a very attractive place for us to be a part of, and we know that we have to do our part to make the vision become a reality,” said Christian Rojkjaer, Managing Director, IKEA Southeast Asia.

The promotion of Swedish style and culture will be a strong part of it, including a free playground for kids called ‘Småland’ and a Swedish Bistro & Food Market.

Business Sweden held a workshop in Penang last year themed Digital & Efficient Manufacturing in Penang, which Monitor attended. Monitor is a fast-growing company with its own proprietary ERP system for manufacturing that has chosen Penang as its base, currently with four Swedes in their team.

In Penang alone, their customer base is huge. “For us it’s an infinite number of manufacturers in Penang; thousands, if including the mainland side. But it’s small enough to be able to find ways in and open doors,” says Managing Director Daniel Häggmark.

A significant door-opener is their deepened contact with FMM (Federation of Malaysian Manufacturers) thanks to several events they held together.

Monitor is there as business process management software supplier, as Penang aims to play a leading role in Malaysia’s Industry 4.0 transformation. One indicator is that Malaysia only has 33 automated robots for every 10,000 manufacturing workers. Singapore has 398, in comparison.

Daniel says that they have more than they can cope with in Malaysia alone, but since they are targeting also the region they continue to recruit locally, to meet the increasing demand.

“Especially consultants because it takes at least a year to become independent and self-going. And the speed of sales we have now points to that within two years we will have a vast number of new customers!”

“It is easy to find people with right qualifications,” thinks the Swede. “We have not recruited from outside so far.”

Monitor’s first customers in Malaysia were there. And as they got more and more customers in Penang they remained there. “If one should live and work in Southeast Asia I find Penang optimal,” says Daniel.

Nolato, based in Penang Science Park opened their new factory there in June 2014, producing mobile phone components and medical devices.

One of the key reasons for this facility General Manager Allen Tan says is to serve and grow their clients in SEA. “Another is the local talent; people who have the right mix of different cultures and diverse experience (personal or working) – which I call unique. I used to work in Nolato China for six years in the same role, so I clearly see the difference in that talents here have a better position in meeting international standards. Besides, with people well versed in languages also helps a lot in the communicating with our colleagues in different countries, especially China for smooth technology and project transfer.”

Instead of full automation, which Allen says is not realistic due to the nature of the business, Nolato has applied a strong Lean concept in the production.  “This allows us to be efficient and continuously keep our total direct head count low. A very clear result is that with 80 people compared to the previous 100 sales turnover has increased two-fold.

This also poses a challenge: “Getting everyone to adhere to the lean/no waste concept is the biggest challenge with the locals’ mind-set. Therefore, we are going to implement a reward program to encourage and motivate our people to consistently improve. I know many companies who prefer adding more people as the easiest solution to solve any constraints. For us, that would be the last option.”

But one thing could be improved right now: “We have good talents in Malaysia, and we as the investor/ representative of the investor should trust the capability of the locals by giving them more important tasks and bigger roles,” adds Allen who thinks bigger achievements can be reached in Malaysia, compared to in China.

Moving on to Denmark Ambu (medical sector), Barkath Co-Ro, Linak Actuatos and Scan Global Logistics have presence. The extraordinary Danish jewellery brand House of Amber has also opened up their first retail store in Southeast Asia on the island.

Barkath Co-Ro is the joint venture behind another popular consumer brand, namely Sunquick. With local manufacturing already for decades Sunquick Malaysia is since 2013 fully modern and automated, employing 45 staff and prepared for increased production (only half of its new capacity now utilized.) The plant has won several awards by FMM.

From Finland, Polar Electro Malaysia produces their sports training computers (particularly known for developing the world’s first wireless heart rate monitor) there, while Lexi Solutions and Huhtamaki (a global specialist in packaging for food and drink) are relative newcomers. Lexi is a cloud ware company that provide solutions-driven improvement programs.

Huhtamaki expanded its foodservice manufacturing footprint to Southeast Asia and significantly strengthened its presence and capability to serve customers in Malaysia, Singapore and other regional Southeast Asian markets when it in 2015 acquired a Penang-based, privately owned paper cup and foodservice packaging manufacturer.

“The factory has been there for a long time already and is the leading producer of paper cups and plates in Malaysia. We do have local competitors as well, while Huhtamaki generally is growing either by establishing green field factories, or through acquisition,” comments Päivi Suutari, GM for Huhtamaki Foodservice SEA.

“Quick service restaurants the likes KFC and Burger King are our customers, while the end consumers may not know about Huhtamaki at all,” she explains the product’s use.

“Our aim is actually to expand in this area, so we are looking beyond our current product offering to products like bags. We are already exporting to neighbouring countries and we’ll continue to heavily invest in the plant to grow. Also, we have invested in modern machinery with much higher output and efficiency.”

“In Penang we have also recruited some new office staff and I’m very happy to see there is highly skilled, competent labour to recruit, within areas like sourcing, HR or quality and safety management. It has been beneficial for us that the area has high-tech electronic industries in place. We have recruited people who have also earlier worked for global companies as it is easier for them to adapt to the Huhtamaki culture and way to operate and manage people and operations,” says Päivi who spends a lot of time on site.

Noteworthy in connection to skills the latest statistics show that the high-skilled segment of workforce expanded from 29.9% to 32.%, while the low-skilled remained higher at 37.9%.

The last company highlighted is also Finnish and one that reflects how the business on the islands is widening, with start-ups becoming part of the mix: Spinfy. This start-up is about to launch their very own kindergarten concept as a way to reach customers and build a market.

Its owner chose Penang simply because he liked it (after taking a year off with his family and trying it out). “Attitude, lifestyle… everything seemed to fit perfectly for Finnish attitude,” thinks Petri Karjalainen, plus that he wants to be close what he, as many others, consider to be the best street food in the world. And he doesn’t mind the beaches either.

“Education for e-learning market is growing rapidly around the world but where it grows the fastest is in Southeast Asia.”

As the basis for its business Spinfy produce e-learning solutions mostly for early education, e.g. kindergarten and pre-school age. “We’ve been working together with the best early learning educators, the University of Helsinki in Finland and good brands like Moomin. The kids play the game during pre-designed lessons, and happens to learn a language at the same time.”

The start-up has rolled out an English language learning game for 3-year old children, today in use by all major kindergarten operators in Finland.

One practical reason for moving to Malaysia is that there is a huge amount of man-hours involved in doing the animations. “Here we can do it with a lower production cost. But at the same time we can adapt to the local market better and consider cultural aspects.”

However, Spinfy has also come across two challenges in selling their solutions to local learning institutes in Asia: Those who really need the solution cannot afford it while those who can do not believe that something made in Finland could match or even be better than something from the native English speaking countries.

“Typically those international schools and kindergartens are very reluctant to anything not based on their correct curriculum.”

The solution for Spinfy is to become a competitor. After some trials during 2017 with a Finnish teacher on site in Penang they in 2018 are launching their very own kindergarten brand that will include their custom-made e-learning method.

And we’ll bring the whole Finnish day care concept to Malaysia. We don’t need to do any other product development than the games; the whole other concept has been developed since 60 years back in Finland.”