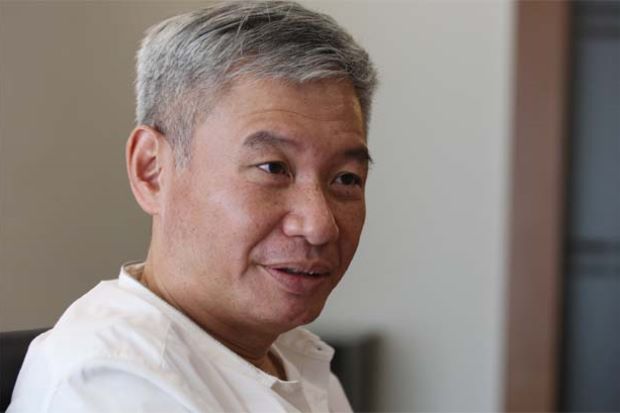 GEORGE TOWN: SAM Engineering & Equipment (M) Bhd (SAMEE) is ramping up production at its facilities in Penang and Singapore this year to fulfil its RM3.1bil order book.

“The plant, which produces engine casing for Airbus and Boeing, should be fully equipped by year-end and be fully operational in 2020,” he said.

The nacelle beam production plant in the RM140mil Bukit Minyak plant is equipped with state-of-the-art precision machinery and will employ 200 highly-skilled workers when fully ramped up.

“We currently have an order book of RM3.1bil. The ramp up is to fulfil partially the orders in the book,” he said.

Goh said the short-term market outlook remains positive for the group’s aerospace business, which generates about 60% of its revenue.

“We continue to deliver parts that are used in Boeing B737 and B787 aircraft where demand is stable, and we are ramping production on parts used in the new Airbus A320neo.

“For our parts that are used in business jet applications, demand continues to be volatile as compared with the commercial airliner market,” he said.

On the recent controversy over the Boeing 737max, Goh said the group supplies engine casing to the aircraft.

“We are still producing parts for the model. There are no stop work instructions,” Goh added.

On the cancellation of Airbus 380 by Airbus, Goh said the impact on SAMEE is minimal.

In Penang, SAMEE has five plants in Bayan Lepas on the island, of which two are involved in the production of aerospace components.

In Seberang Prai, it has one plant producing nacelle beams.

The group also has two plants in Singapore and a plant in Thailand.

On the 2019 financial year that just ended March 31, Goh said the group expected the revenue from the aerospace industry which accounts for about 60% of our group revenue to remain stable.

“We expect the revenue from the equipment business to decrease marginally in the fourth quarter due to softer demand from the customers from semiconductor and HDD industry. “However, we expect the demand from the hard disk drive storage segment to recover next financial year,” he said.

Meanwhile, Airbus’ president for Asia Pacific Jean-Marc Nasr said recently in a media briefing in March that Airbus expected to increase its local sourcing activities and partnerships to US$550mil (RM2.24bil) by 2023, up 38.3% from US$400mil (RM1.62bil) in 2018.

“We are 100% committed to growing our presence in Malaysia and we believe that the country’s aerospace industry has the potential to become one of the largest in the region,” he added.

The growth would be due to higher passenger traffic growth in the region, translating into higher demand for air traffic production and maintenance, repair and overhaul services, according to Nasr.

Currently, he said the company is the biggest partner for Malaysia’s aerospace industry, while Malaysia is Airbus’ third largest market in the Asia-Pacific region after China and India.

To date, the company works with more than 12,000 suppliers worldwide that provide products and services for flying and non-flying parts.According to an Airbus 2018 forecast, the demand for aircraft in Asia Pacific would increase to 14,450 valued at US$2.3 trillion over the next 20 years, which is more than 40% of global demand for almost 35,000 aircraft over the next 20 years.

Over the next 20 years, Airbus projects that the passenger traffic growth in Asia Pacific will grow 5.6% annually, compared with 4.4% per annum globally.