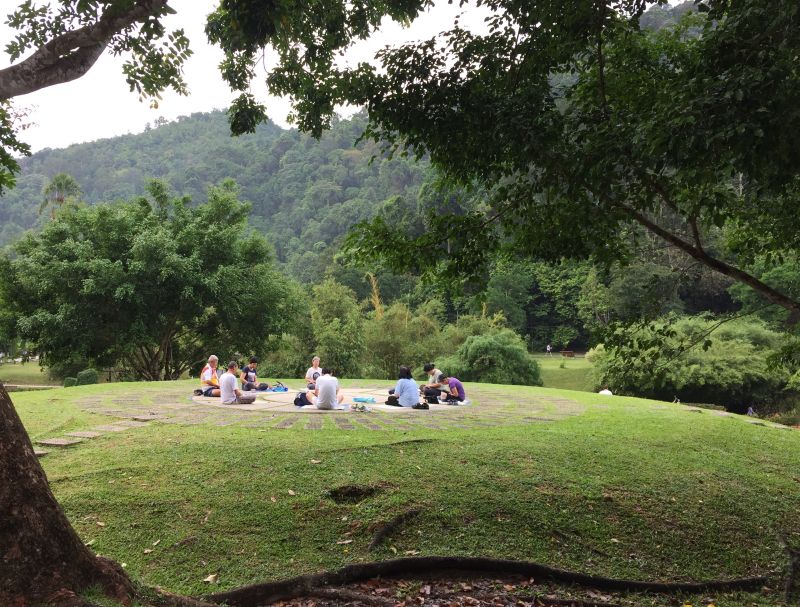 GEORGE TOWN, Jan 3 ― The Penang Green Connectors Project, which will see the development of various parks and amenities on a massive 18,000ha of the island, is beginning to take shape as part of the state’s Penang Vision 2030 target.

“It will include a series of linear parks along existing rivers to connect the sea to Penang’s hills,” he told a press conference today.

The local government, housing development and town and country planning committee chairman explained that the 18,000ha will form a green network, including the creation of 50km of coastal parks and 65km of “blue connectors” or rivers.

“This will significantly increase waterfront recreational amenities for Penangites with environmental benefits such as the creation of ecological corridors which will have cooling effects to mitigate climate change,” he said.

Jagdeep said a number of pilot projects have been planned under the Green Connectors project including connecting Gurney Wharf to Padang Kota through boardwalks and coastal embankment stabilisations and improved accessibility to Sungai Bagan Jermal that flows from the Botanic Gardens.

Once completed, the route will allow pedestrians to walk, run or cycle from Botanic Gardens to Gurney Wharf.

“The route will then connect the coast to the Clan Jetties and then from there to Batu Maung,” said Jagdeep.

Think City, a subsidiary of Khazanah Nasional Berhad specialising in urban renewal and city-making, had partnered with the Penang State Government’s Chief Minister’s Incorporated and the Aga Khan Trust for Culture to establish GTCDC in 2015.

“We are working with various agencies to coordinate the pilot projects under Green Connectors to come up with a master plan,” Hamdan said.

He said Seberang Perai is also included in the project as one of the pilot projects was to restore 13km of the Sungai Perai riverbank.

He said the project will also look at restoring Sungai Juru for it to be part of the network.

“We are working on plans for a similar network on the mainland which will also cover the waterfront and riverways but it is still in the early planning stages,” he said.

He said the whole project will take over a decade to roll out as it involves a huge area that include the coasts and rivers.

Jagdeep said an inter-governmental agency workshop will be held on January 10 to fine-tune the implementation programme.

When asked about funding for the project, they both said it will be funded by various sources.

GTCDC has 17 ongoing public realms improvement and conservation projects at a total cost of about RM48 million.

It is currently working on the Northern Seafront project along Padang Kota in George Town to upgrade the seafront wall and implement public realm improvements along the stretch.

It will also be taking charge of a planned improvement and rejuvenation project for the Eastern Seafront that stretches along Weld Quay to the clan jetties.