Penang sees RM5bil investments from 4 China MNCs listed in US 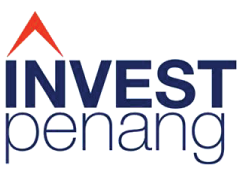 GEORGE TOWN: Penang will see some RM5bil worth of investments coming into the state in 2015 from four multinational corporations (MNCs) involved in electronic-based manufacturing activities.

investPenang director Datuk Lee Kah Choon said these were only initial investments that would materialise over the next 12 months.

Declining to name the companies, Lee said these could be China companies but public-listed in the United States.

“A couple of them has already received endorsement from the Malaysian Investment Development Authority (Mida) and were sourcing for factories now, while the other two are still in the final stages of negotiations.

“There will be about 2,000 jobs generated from these investments. They could be located on the island or in Batu Kawan,” Lee said at a press conference on the 2015 economic outlook for Penang.

Lee said the Penang International Technology Park and Business Process Outsourcing (BPO) projects in Batu Kawan and Bayan Baru respectively, would be jointly developed with Temasek Holdings and Economic Development Innovations Singapore and due for completion in five to 10 years.

He said Penang had the most approved manufacturing projects in Malaysia after Johor and Sawarak.

“This trend will remain in 2015. A number of foreign direct investment (FDI) projects are expected to begin or be completed in 2015.

“It is expected that Penang will remain as one of the major Malaysian receivers of FDI in the first half of 2015 as it did in 2014,” he added.

Lee said having developed over the years, the state’s economy had become less dependent on FDI.

“Growth in the services sector, especially in the medical tourism and support services outsourcing, will in turn enhance the overall economy,” he said.

Lee said the manufacturing sector, which contributed 54% to the state’s gross domestic product (GDP) in 2005, was expected to contribute only 47% in 2015.