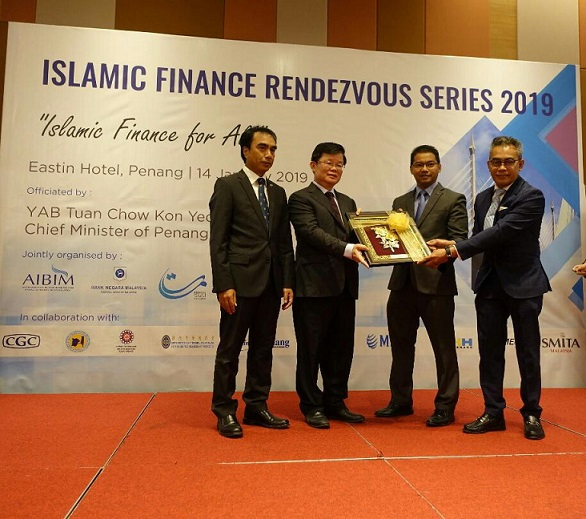 Chief Minister Chow Kon Yeow said according to the Malaysian Investment Development Authority, Penang registered the highest approved manufacturing FDI among the states in Malaysia at RM8.5 billion since 2017.

“Penang has grown tremendously from its early days as a colonial trading port to becoming the third largest economy in terms of per capita income among the states and federal territories of Malaysia.

“In 2017, Penang’s gross domestic product (GDP) per capita surpassed the national level by 18 per cent, amounting to almost RM50,000,” he said in a speech while officiating the Islamic Finance Rendezvous Series (IFRS) 2019 here today.

The IFRS 2019 is a business engagement programme organised by Bank Negara Malaysia, the Association of Islamic Banking and Financial Institutions Malaysia and the Malaysian Takaful Association, in collaboration with various agencies and business associations.

Chow said the state government recognised that banks in Malaysia played an important role to provide support to businesses, including small and medium enterprises (SMEs), by offering a wide range of financial products and services such as term financing, trade financing, overdraft and revolving credit.

According to the SME Annual Report 2017/2018, the state’s total outstanding SME loans stood at close to RM4 million.

“Penang is among the top five states with the highest numbers of SMEs, making up 7.4 per cent of the total SMEs in Malaysia.

“This reflects the huge untapped potential available in various markets and thus there is more that needs to be done,” he added.