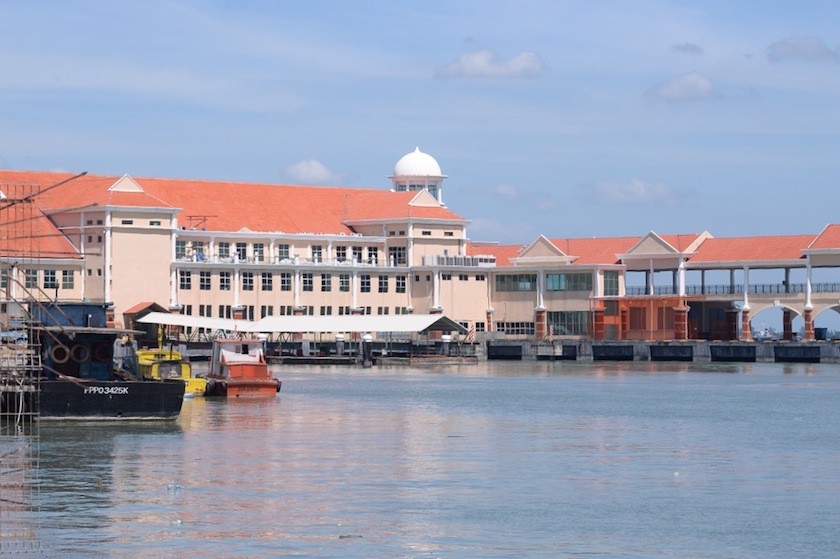 SPCT will undergo a RM155 million expansion to extend the existing berth to 660 metres from the current 400 metres to enable the terminal to berth two of RCCL’s new mega cruise vessels at the same time.

Penang Chief Minister Chow Kon Yeow said the state government, either through Penang Port Commission directly or through Chief Minister Incorporated, will extend the lease of the SPCT land to PPSB for the expansion project.

He said the land issue will be resolved within a month and hoped the project can move ahead in a few months’ time.

“The state government is committed to assist in this project and make it a reality so we will speed up on the land leasehold issue so that the project can complete in a year’s time,” he said in a press conference after witnessing the signing ceremony.

Earlier, Transport Minister Loke Siew Fook said the federal government has applied for an extension of the lease for SPCT.

“I have spoken with the chief minister and he has given the commitment that the land issue for SPCT will be settled in a month so I hope this expansion project can start soon,” he said.

The Penang Port Commission (PPC), which is under the Transport Ministry, had leased the SPCT from the Penang state government until the lease expired in 2013.

The terminal complex was on a temporary six-month occupation certificate from the state government as its attempts to extend the lease for the land to 99 years were previously rejected by the state.

“I am told that following this expansion, the next step for Swettenham Pier will be to support more homeporting calls where passengers will fly in and embark in Penang,” Loke said in his speech earlier.

He called on RCCL to make Penang a home port after the expansion of SPCT.

“This expansion can bring the cruise tourism industry to another level as Penang transitions into a more tourism-oriented economy,” he said.

The SPCT expansion will enable it to handle two mega sized cruise ships simultaneously on the outer berths along with one small and one medium sized ships on the inner berths by the end of 2019.

The expansion will also enable Oasis-Class ships, the largest in the world, to berth at the terminal.

According to RCCL senior Vice President Gavin Smith, the improved cruise terminal facilities will be a boost for the smooth berthing of larger ships coming to Asia.

“Royal Caribbean will make 36 calls to Penang in total next year, bringing in close to 129,000 guests,” he said.

SPCT is a leading cruise destination in Asia and last year, it received over 1.2 million cruise visitors.

It is also forecasted that SPCT passengers spending in Penang will be above RM700 million in 2019.