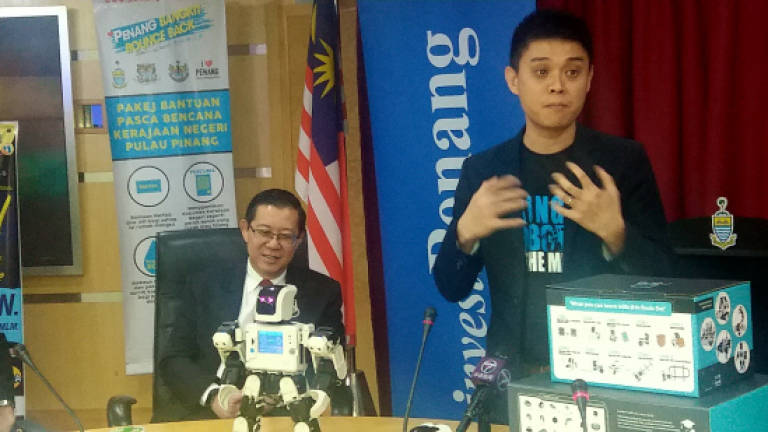 GEORGE TOWN: Penang has pledged US$1 million (RM3.9 million) in seed capital for the state to meet its potential as a hardware hub for tech start-ups throughout the region.

Noting that Penang is on its way to cementing its status as the “Silicon Valley of the East,” Chief Minister Lim Guan Eng said the start-up fund was formed so the state can retain its talents to build and attract the best minds to grow the hardware hub.

“We also seek a convergence in the public, manufacturing and services sector for our hardware hub,” Lim told a press conference.

Later, one of the start-ups which has begun to make an impression on the global hardware scene is Cytron Technologies Sdn Bhd, which according to chief executive officer Tan Eng Tong, now has 100 products in their catalog and are distributing their robots to over 20 countries.

Tan demonstrated how a tiny robot can speak and handle basic human interactions.

Besides Cytron, the other start-ups were Vitrox, Aemulus (both of which are now publicly listed entities), Exabytes and Piktochart.

They are all based in Penang, and have the potential to grow their business modules.

To this, Lim said that the seed fund, which will be coordinated by Invest Penang Sdn Bhd, will help the state enlarge its pool of tech entrepreneurs.

Penang was also recently featured in a BBC documentary as a global hardware hub with many of its local engineers having exited from multinational tech corporations to form their own start-ups in these new fields.