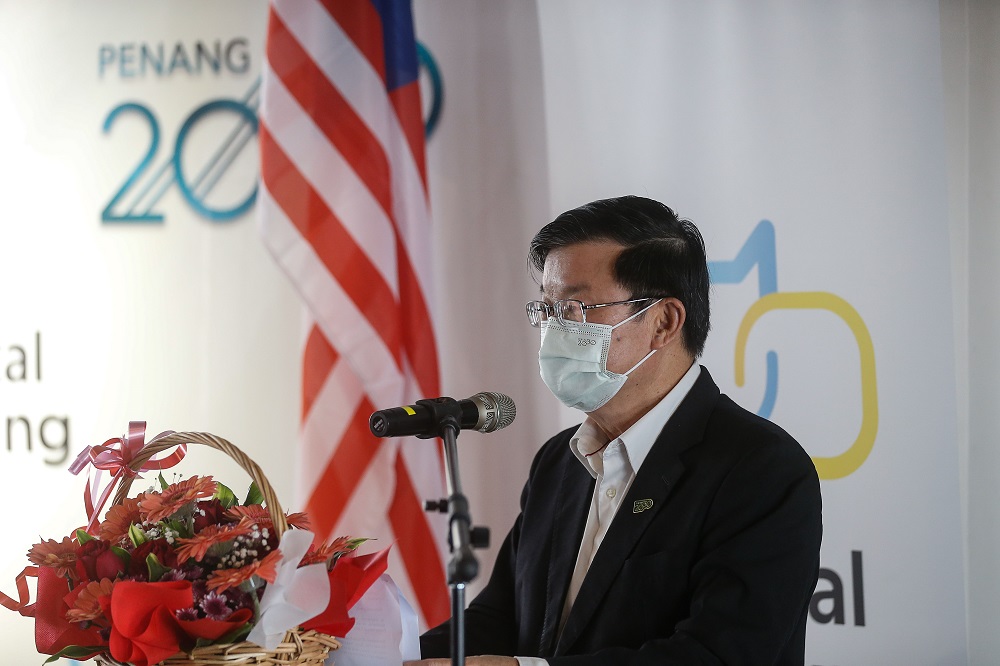 The masterplan falls under the state’s Digital Penang initiative formed nine months ago.

“The Digital Transformation Masterplan and the establishment of Digital Penang was identified as a foundational project during the announcement of the Penang2030 Vision,” he said in his speech at the launching ceremony of the masterplan and new Digital Penang office at Wisma Yeap Chor Ee here.

He said the release of the masterplan was timely in the face of a global pandemic.

“This plan, outlined over the next three years, begins with a simple question, how can Penang leverage technology to achieve the Penang2030 vision?” he said.

He said the state is expected to spend RM50 million over the next three years to meet the requirements of the masterplan.

The plan is organised into four strategic pillars, economy, infrastructure, governance and community.

Digital Penang chief executive Tony Yeoh said the priority for now is to focus on building up infrastructure.

“We have identified key economic zones to install infrastructures for ease of digitalisation,” he said.

Among the projects Digital Penang will undertake include helping local enterprises to digitalise and strengthening the local entrepreneur start-up system.

“We have a strong engineer entrepreneur’s base so we need to strengthen it,” Yeoh said.

He said Digital Penang has already conducted community-based projects such as how to use the Penang Smart Parking and e-wallets and reached 15,000 people.

He said they have been conducting online classes during the movement control order (MCO) but now, they can conduct physical classes.

He added that digital economy will be the next engine of growth for the state.

“Our programmes will be designed to complement the heritage charms of Penang, which is why we are located within the heritage zone,” he said.