Penang expects to top RM10b in investments by year-end 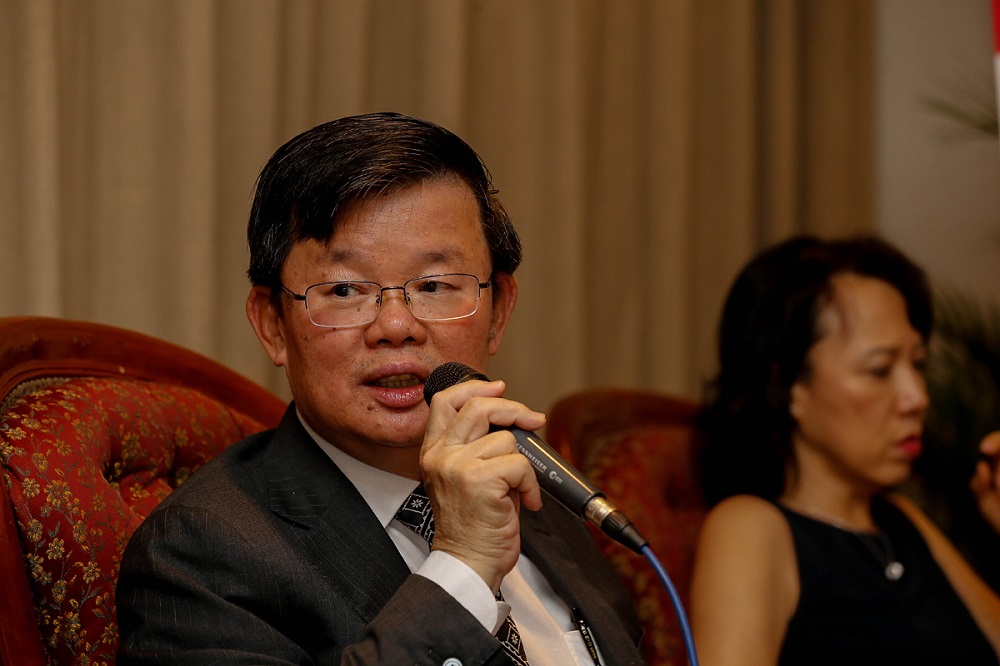 GEORGE TOWN, Aug 22 — Penang Chief Minister Chow Kon Yeow today said that the state is expecting to top RM10 billion in total investments by the end of the year.

He said this will almost double last year’s total investments of RM5.78 billion.

“We are cautiously optimistic of recording RM10 billion investments,” he said in a press conference at the 5th Penang Global Business Services (GBS) Conference here.

He said Penang already made an all-time record by getting RM8.8 billion worth of investments in the first quarter of the year.

“The second quarter investments figures are already out, we are still waiting for the announcement to see how we fared,” Chow said.

The Penang lawmaker said it was no easy task to get high-value investments especially with competition from other countries.

“It is not only competition from other countries, but also other states and cities,” he said.

Chow said his recent business trip to the United States was to visit the headquarters of existing investors in Penang and also to reach out to potential investors.

“It is a yearly visit by InvestPenang to various existing investors to understand their needs and concerns and to update them on the economy, incentives and eco-system in Penang,” he said, adding that the delegation also reached out to potential investors in Silicon Valley.

Earlier, in his speech, Chow said Penang’s GBS industry is moving up the value chain from providing support and transactional services to high value shared services that include design and development.

He said there are more than 60 companies with GBS operations in Penang employing over 12,000 workers in high-value jobs.

“In addition, there is an increasing trend where MNCs with no physical manufacturing presence in Penang have opted to establish their shared services operations here,” he said.

These are big-name multinational companies such as Celestica, First Solar, Swarovski and UST Global.

Chow added that Penang ranked number two in terms of GBS investments after the Klang Valley.

Taking steps to enhance the GBS ecosystem, he said a GBS Focus Group Penang was established in May.

InvestPenang will be the lead agency for the focus group.

The focus group is a platform for stakeholders to share information and concerns related to the industry.