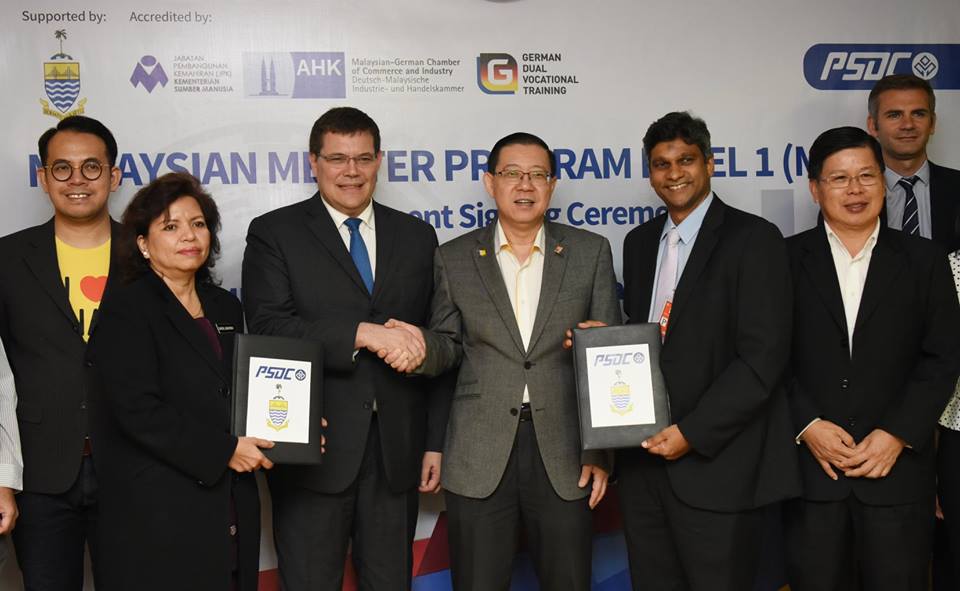 The caretaker Penang chief minister said the funds is to top up the RM2 million sponsorship released in 2015 for the Malaysian Meister programme Level 1 (MMPL1) Mechatronics programme.

“I am proud that in a short span of two years since the initial launching of the Malaysian Meister programme Level 1 Mechatronics programme, we have trained five batches of apprentices and today, we are officially launching the Electronics in Automation Technology programme here,” he said in his office in Komtar.

Lim said this programme is essential to train and provide skilled workers in the electronics industry.

He said the state had approved the additional RM6 million allocation to top up the RM2 million when the programme proved successful.

“It was decided before April 10 so we did not make this decision as a caretaker government. Today is only the signing ceremony and launch for the new programme,” Lim said.

“I hope more companies will be involved in this to capitalise on this programme to train up apprentices and produce skilled workers,” he said.