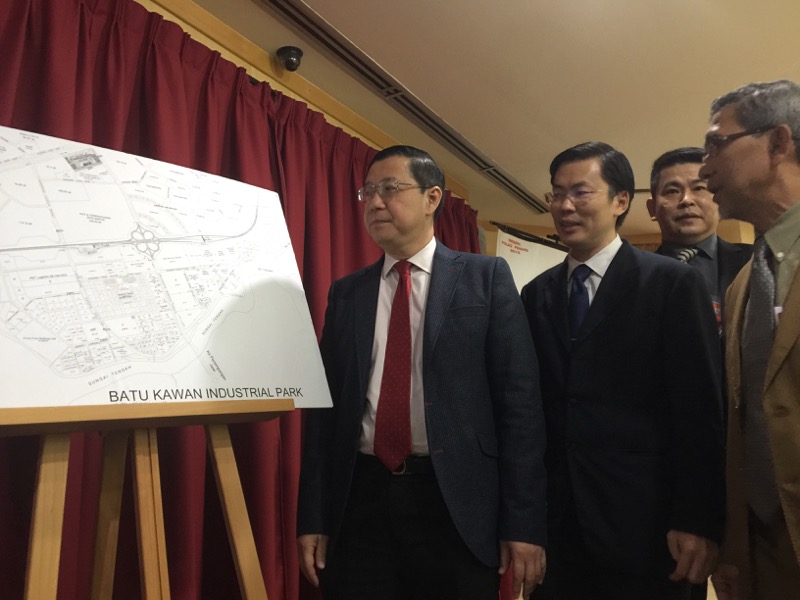 GEORGE TOWN, Feb 8 — The Penang state government today announced the formation of a RM63 million Penang Automation Cluster (PAC) in the Batu Kawan Industrial Park which is slotted to open by 2019.

The small medium enterprise (SME) precision metal fabrication or automation cluster will be the first of its kind in Malaysia, as it will be a one-stop metal component supply chain hub for multinational companies (MNCs).

“A total of RM63 million investments is expected from this cluster project, with RM23 million coming from PAC and the other RM40 million from the 18 SME cluster companies,” he said.

He said the three main companies will also be expanding their operations to the Batu Kawan Industrial Park with a total RM220 million investments.

ViTrox Corporation Berhad Chief Executive Officer Chu Jenn Weng said the formation of PAC was to support the local SMEs and to base the SMEs within SME Village in Batu Kawan Industrial Park.

“We will utilise 5 acres of land in the SME Village in Batu Kawan Industrial Park,” he said.

Chu said the PAC will build 18 units for 18 SME cluster companies in the SME village complete with state-of-the-art machineries and equipments.

With 18 SMEs cluster companies based in PAC, it will attract more MNCs to invest in Penang as they will be able get access to a world-class metal component supply chain, he added.

Chu said the cluster will achieve a total large companies’ revenue of RM980 million by 2021 and the spillover effect to the 18 SMEs in the cluster is estimated to be more than RM118 million.

“PAC will create an estimated 500 skilled jobs and qualified employees will also be given the opportunity to attend the German Dual Vocational Training,” he said.

He said PAC will effectively pool the SMEs together so that they complement each other instead of competing with each other.

“The building will be unique as there will be a highway for the products to be transferred from one unit to another using just trolleys without the need for trucks and lorries so delivery time is cut short,” he said.

The construction works on the first phase of the PAC will start in the second half of this year and is expected to complete and open for operations by 2019.