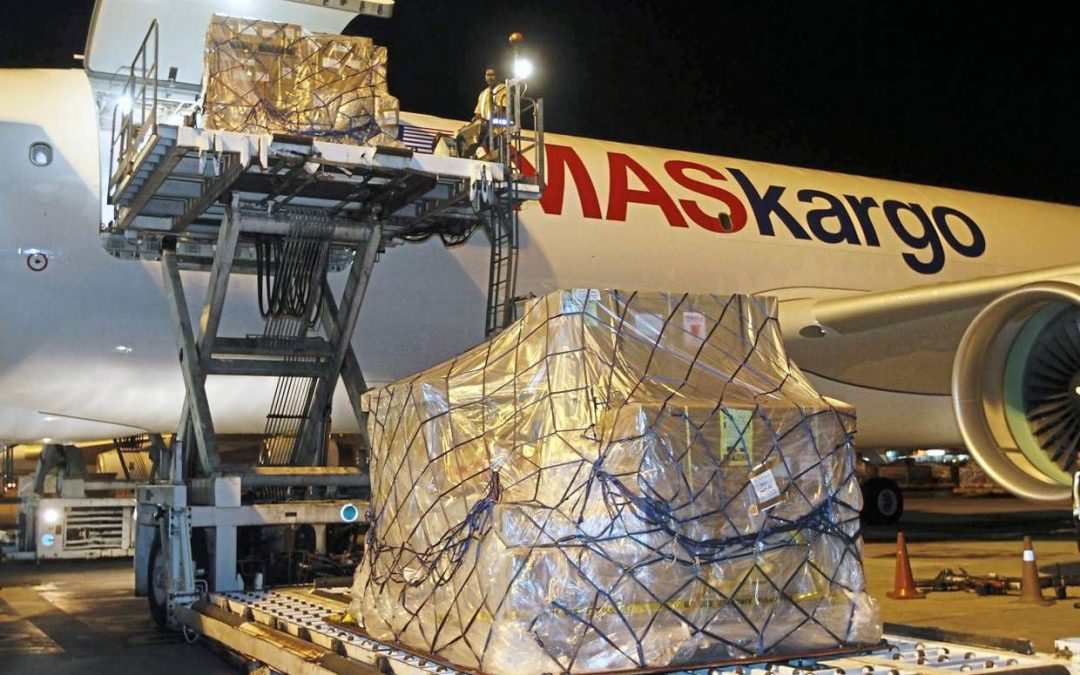 July 5 – After experiencing eight quarters of sluggish business, the Penang air cargo industry expects to see an increase in the volume of outbound and inbound cargo this year.

Penang Freight Forwarders Association (PFFA) honorary secretary-general Ali Ahmad (pic, below) said the association was confident the exported cargo volume would rise by at least 15%, from 67, 911 tonnes in 2020 to 79, 000 tonnes this year.

This is due to the worldwide shortage and surge in the demand for electrical and electronic (E&E) components.

“E&E components comprised over 70% of the cargo exported and imported, ” he said.

Meanwhile, the air freight rates to Asian countries, which are badly affected by the Covid-19 coronavirus, have soared by over 300% since January.

“Because of the lockdowns worldwide, airlines have reduced substantially their cargo capacity, triggering air freight rates to shoot up. The rates are now at all-time high.

“The shortage of air cargo space has prompted our customers to use our trucking services to transport their cargo to Singapore from KL International Airport, ” he said.

Depending on the destinations, the current air freight rates from Malaysia to Asian countries range from RM10 to RM15 per kg, while to the United States, the charges could go between RM45 per kg and RM63 per kg.

To Europe, the rate hovers around RM18 to RM25 per kg.

”We shipped out 33% more in the second quarter than the first quarter. The pick up should grow stronger in the third and fourth quarters of 2021, ” he added.

“The growth is mainly due to the companies rearranging their operations and recovering from the Covid-19 impact, which had earlier led to restrictive containment measures involving social distancing, remote working and the closure of commercial activities that resulted in operational challenges.

About 60% of Pentamaster’s test equipment is shipped via air to customers in the United States, Japan and China.

MMS Ventures CEO T.K. Sia said the group has shipped out 50% to 60% more test equipment to the United States and Europe in the second quarter compared to the first period. “Half of the orders are shipped via air while the remainder by sea, ” he added.