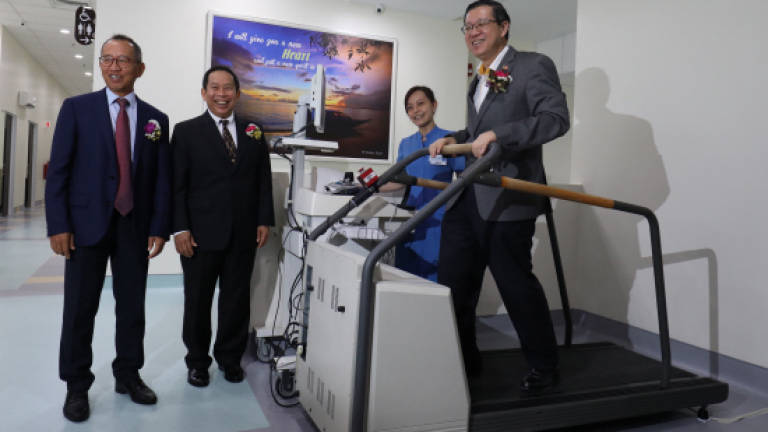 Its president and chief executive officer, Ronald Koh said the hospital’s current heart centre had been operating at the maximum capacity for a while and due to demand, it decided to invest in the new centre.

He said the hospital’s cardiac team currently treated between 3,000 and 3,500 outpatients on a monthly basis.

“As the need for cardiac care service grows exponentially, it is imperative we upgrade our facility to continuously provide the increasing demand of our local, as well as international patients.

“The new state-of-the-art facility is equipped with leading-edge technology to detect and diagnose heart disease with its 10 consultation rooms and eight new procedure rooms which also feature additional space for a rapid patient assessment,” he told reporters after the official launch of the Adventist Heart Centre by Penang Chief Minister Lim Guan Eng here today.

Koh said all the heart equipment worth more than RM7 million would be placed in the newly completed 8,700 sq ft heart centre.

“As part of its plan to continuously enhance on its services, we will be adding a 3D Echo machine and a new treadmill as the new facility to accommodate for more diagnostic procedures to be conducted on an outpatient basis, as the next step of this expansion’s development,” he added.

He said five cardiologists and two cardiothoracic surgeons would be placed at the new centre to meet the increasing demand for cardiac care service.

“Annually, more than 40,000 patients are seen by the dedicated team of cardiologists and heart surgeons at the Penang Adventist Heart Centre,” he noted.

However, Koh said the new heart centre is not yet operational as the hospital was still waiting for the operating licences from the Health Ministry.

Established in 1987, the Penang Adventist Heart Centre was set up with the main purpose of providing cardiac treatment to the increasing number of adults and children with heart and vascular problems.