On track to becoming gigabit city 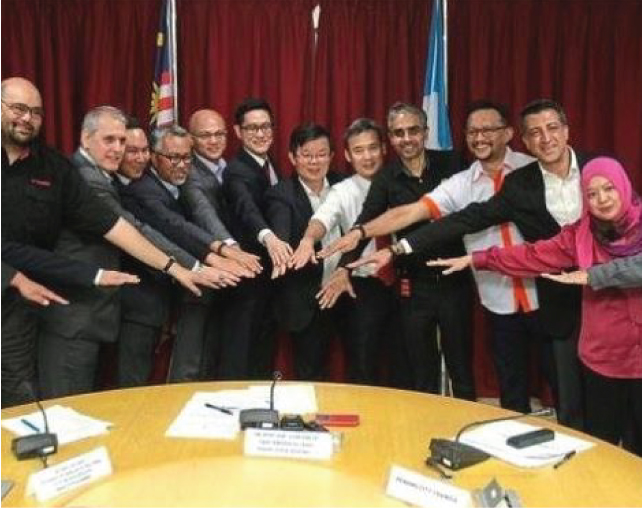 He said the state would facilitate the formulation of a Penang Connectivity Master Plan (PCMP) with guidance from the Malaysian Communications and Multimedia Commission (MCMC) and delivered by telecommunication companies.

“Everyone wants a faster Internet connection and a wider coverage. To achieve that, we have to make sure the telecommunication infrastructure and towers are in place.

“We want to turn Penang into a gigabit city and we want to align ourselves with the Government’s National Fiberization and Connectivity Plan (NFCP).

“Over the last year, demand for data plan among cellular users has gone up by three or four times. It has become a bit congested and that’s why infrastructure needs to be increased and improved.

“The master plan will be a blueprint for the coordination, planning and execution of all telecommunications related matters in Penang.

It will also be guided by federal-driven policies such as the NFCP,” he said during a press conference in Komtar.

Zairil said the meeting was meant to spearhead the development of telecommunications infrastructure in Penang in line with Penang 2030 vision of a ‘Family-Friendly Green and Smart State to Inspire the Nation’.

He said Penang needed to have a robust telecommunications network infrastructure to support smart city initiatives.

“The master plan aims to fulfill the demands of the public and industry, address the challenges faced by the telcos in infrastructure rollout, and also optimise state policies in order to facilitate the efficient development of Penang’s digital needs.

“All parties are committed to completing the plan by the end of this year.

“It is hoped that Penang will not only continue to lead but also become a showcase for other states in Malaysia,” he said.

Chow said Penang 2030 vision needed the support of the telco industry in order to succeed.

“We need to upgrade the economy, in particular the manufacturing industry and its digital edge.

“We need to improve the resilience of the state and city which includes the strengthening of mobility, connectivity and digital infrastructure.

“All this would not be possible without the infrastructure outlay, the connectivity and broadband access for the consumers and end users.

“We are here to serve consumers to get a better experience in Internet connectivity and help them address their daily commercial and industrial needs by connecting them with each other,” he said.

Al-Ishsal said infrastructure for a digital economy was important to ensure businesses and consumers alike could benefit from high-speed quality broadband.

“We intend to build a pervasive, robust high quality network at an affordable price,” he said.