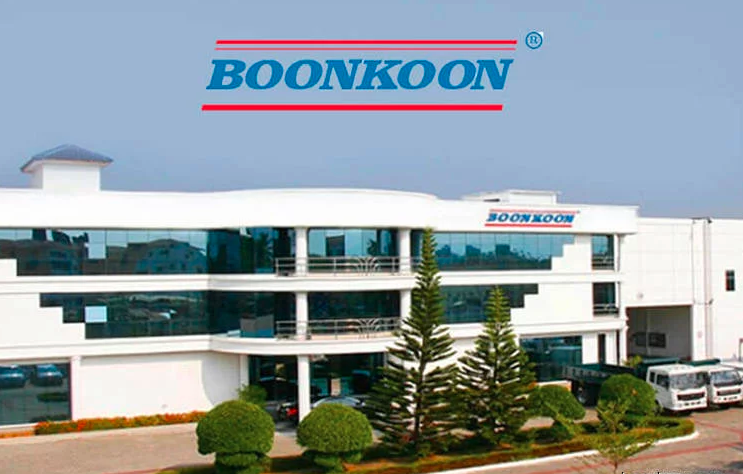 BOON Koon Group Bhd (BKoon) could see a new lease of life as it ventures into the hybrid and electric vehicle market.

The company recently obtained a manufacturing licence from the International Trade and Industry Ministry (Miti) to assemble hybrid and electric-based passenger and commercial vehicles for the Malaysian market.

“We already have started innovating with the manufacturing of new commercial vehicles bearing our own name,” he says.

It designed and developed a commercial truck together with its China-based partner Brilliance Shineray Chongqing Automobile of China.

The Viflex 2.0 is aimed at the small and medium enterprise (SME) market segment, and is priced at RM40,000.

Since the launch of the truck, orders for the Viflex 2.0 have been fully taken up.

“Following the positive response we received from customers, which has us fully booked for next year’s capacity, we are contemplating bringing the 1,000 units capacity forward by a year,” says Goh.

The Viflex 2.0 will be available in the local market in 2015, has a one tonne cargo capacity and is powered by a one litre engine.

The company intends to use the same concept for its new license.

Goh says the conceptualisation of the vehicles is geared towards its purpose, but the mechanical part that supports it is also very important.

He adds that the localisation process will be an advantage to BKoon as it is able to source from local suppliers.

“Subsequently, if we are able to bring the localisation part to 40% of the vehicle components, there will be an option to expand overseas,” he says.

The company has already earmarked potential partners for its new license, and identified the models it wants to bring in.

“We went to China last quarter and we have identified the models. The model itself is more like a superbike, which can cost an arm and a leg to own. So, we are bringing in model ranges that are also more affordable,” he says.

With this slew of activities lined up, BKoon has the potential to bring on more job opportunities, possibly more business opportunities, which will also bring more vibrancy to Nibong Tebal, where BKoon is based.

“With the close proximity of Universiti Sains Malaysia to Nibong Tebal, we can tap on the engineering faculty to enhance and participate in our research and development,” Goh says.

He adds that BKoon needs to expand its current facility to enhance the flexibility of its assembly line.

“Currently we are manufacturing 4,000 units of rebuilt commercial vehicles in a year. Together with Viflex 2.0, we have to ramp it up to 5,000 units.

“Furthermore, with the addition of the motorbikes, we will need to modify the lines to perhaps run them on different shifts,” he says.

BKoon’s partner Brilliance Ray, which partners the BMW group in China, is looking to start manufacturing SUVs and MPVs in China in 2015.

“As such, this will bring greater momentum to the collaboration between us and Boon Koon,” says Brilliance general manager Xie Yong during the Viflex 2.0 launch.

Its products range from commercial to passenger vehicles.

Goh says Brilliance is currently looking for a partner to establish a South-East Asian manufacturing hub in Malaysia.

“Boon Koon is the best potential partner to be considered for this programme in which Brilliance is projecting to establish a South-East Asia manufacturing hub in Malaysia, capitalising on the AFTA (Asean Free Trade Area) status,” says Goh.

He adds that subsequently, Brilliance would want to transfer their know how to this particular hub.

Last year, BKoon made its maiden entry into Indonesia with the Grand TX 4×4, which is configured and enhanced to allow it to move in dense and uneven terrain.

It is currently undergoing the localisation process in Indonesia, and is being used by the plantation and mining industries.

“Grand TX is still in the final stages of R&D in Indonesia, where the weaknesses in the first batch have been addressed. The second batch has been modified and enhanced accordingly to suit Indonesian terrain,” he says.

The company expects the second batch of Grand TX to leave for Indonesia by the first quarter of 2015.

On Monday, the company announced that it transferred its 25% equity stake in First Peninsula Credit Sdn Bhd to its unit Boon Koon Capital Sdn Bhd (BKC) for RM3.85mil satisfied via the issuance of 3.85 million shares.

In its filing with Bursa Malaysia, BKoon says the transfer of shares is part of its effort to streamline its operation and activities.

First Peninsula offers financing packages for the purchase of BKoon’s rebuilt vehicles. Back in October 2011, the company sold its 75% stake in First Peninsula to Hitachi Capital Corp for RM9mil.

In BKoon’s latest quarterly results for the second quarter ended Sept 30, the company said its earnings were halved to RM359,000, compared with RM771,000 it recorded in the same quarter last year. Revenue fell marginally to RM24.39mil against RM25.09mil a year ago.