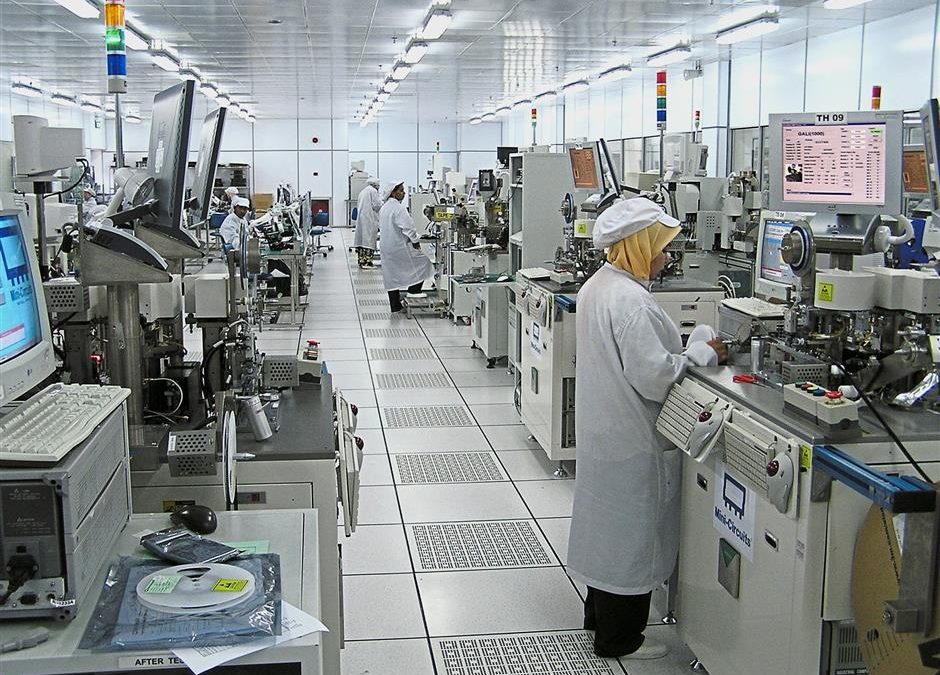 The company, a subsidiary of New York-based Scientific Component, plans to produce the chips at its Bayan Lepas plant to stay competitive and grow in the RF chip industry.

“Such RFICs are in high demand due to the growing popularity of unmanned vehicles use in surveillance, critical mission and military operations.

“In the early days, commercial unmanned aerial vehicles (UAVs) were used for video and photography. But over the past few years, the new generation of UAVs have enhanced capabilities and are employed in areas such as agriculture, real estate, architecture, construction, delivery, and media industries.

“This warrants us to study a plan for the company to go beyond making RF chips for 4G/5G mobile base stations.

According to Kiew, the business plan will drive the revenue of the subsidiary beyond the US$150mil mark over the next five years, compared to about US$90mil that the company is targeting to achieve this year. Kiew says the company in Penang is now producing RF chips for 5G, but the business is becoming increasingly competitive with the entry of new players.

“We are looking at additional investment and recruitment of more software and design engineers for Penang.

“There is no deadline set for the new business, but we hope to see Mini-Circuits supplying the new RF chips to the market in two years’ time,” he says.

“The increase usage of UAVs in civil and commercial and military applications is a key factor expected to drive the growth of the UAV market. Improvements in flight control systems, due to the development of sense-and-avoid technology, are expected to fuel the growth of the market,” the report says.

Besides military applications, the civil and commercial applications are expected to see the highest employment of UAVs from 2018 and beyond 2020, notes Kiew.

“The efficiency of UAVs and the low operating cost have made their use increasingly popular,” Kiew adds.

Additionally, there is also demand from the unmanned grounded vehicle (UGV) segment, he says.

He cites a Business Intelligence and Strategy Partner report, saying the global UGV market is expected to reach US$9.06bil by 2023.

“We can see private companies and the military sectors in different regions of the world employing unmanned ground vehicles to maintain their edge in the global market and in geopolitics,” Kiew adds.

On its 5G RF chips, the Penang plant shipped out its first batch in the first quarter of 2018 to customers in China and US.

These are RF chips used in 5G mobile telecommunication infrastructure.

“The value of the 5G RF chips is estimated to be about US$40mil. Every year, we ship out about US$80mil’s worth of RF chips from the Penang plant,” he says.

This will be another growth area for the company as new electronic devices need to have high-speed data transmission capabilities.

Annually, Mini-Circuits spends about 10% to 15% of its revenue on research and development work.

Mini-Circuits specialises in making broadband RF chips which can be used for both low- and high-frequency transmissions.