Monograph on Award-winning Malaysian ‘Factory in the Forest’ Launched 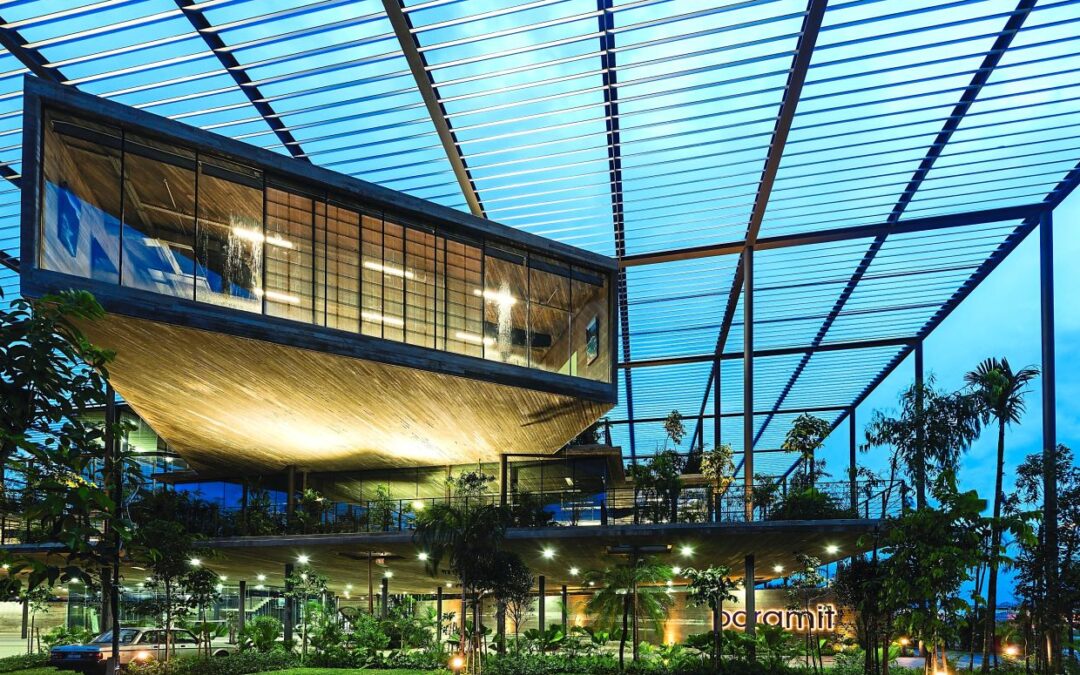 Dec 9 – Taxi or e-hailing drivers sometimes wonder if they have arrived at the wrong location when they reach the Paramit Malaysia factory at Penang Science Park, an industrial area on the island.

That’s because unlike the typical staid facades of manufacturing plants, Paramit’s modern design – flush with greenery – has had some people asking if it was a resort!

The cooling plant (the main units of an air-conditioning system) of the factory is reduced to less than half, thanks to passive architectural design that reduces heat load, an innovative and energy-efficient chilled water floor slab cooling system, as well as an energy recovery system for the factory exhaust. 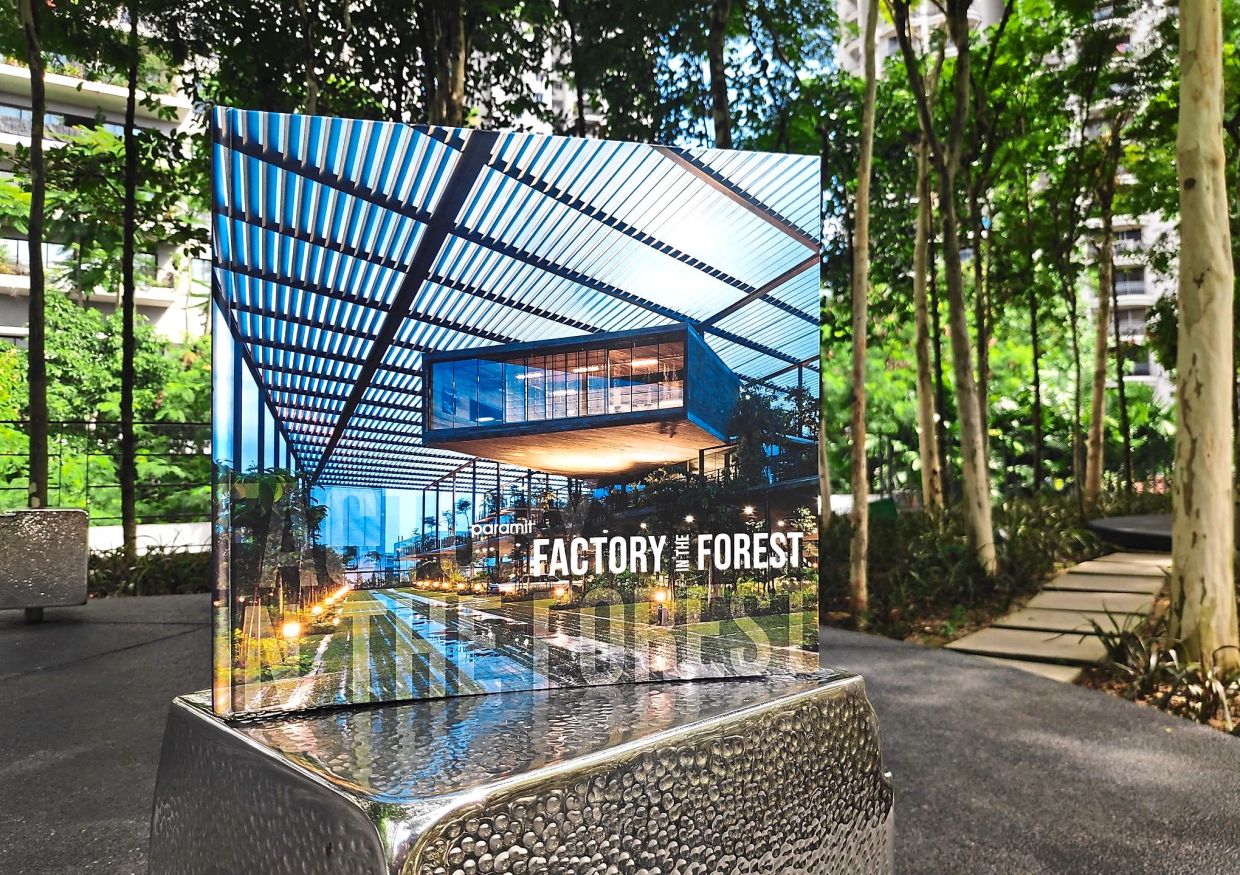 The ‘Paramit: Factory In The Forest’ monograph documents the building’s journey from conception to completion. Photo: QID

Since its completion in 2017, the building has won numerous design awards, including Commercial Building of the Year in the ABB Leaf Awards 2017; winner of the commercial category in the FuturArc Green Leadership Award 2018; winner in the Commercial, Retail and Office category in the A&D (Architecture and Design) Trophy Awards 2019; and commercial category award winner under the World Green Building Council’s Asia Pacific Leadership in Sustainable Design and Performance Awards 2020. The factory also made it to the RIBA (Royal Institute of British Architects) International list in 2018.

To document the building’s journey from conception to completion, a monograph – complete with captivating photos, sketches, diagrams and infographics – entitled Paramit: Factory In The Forest will be launched today (Dec 9) in Penang. Priced at RM185, it is currently available at Kinokuniya bookstores.

The idea for the book came about late last year, and after 10 months, was released on Sept 1. It was written and published by Nizar Musa, principal and editor at QID, a multidisciplinary brand development studio and publisher. 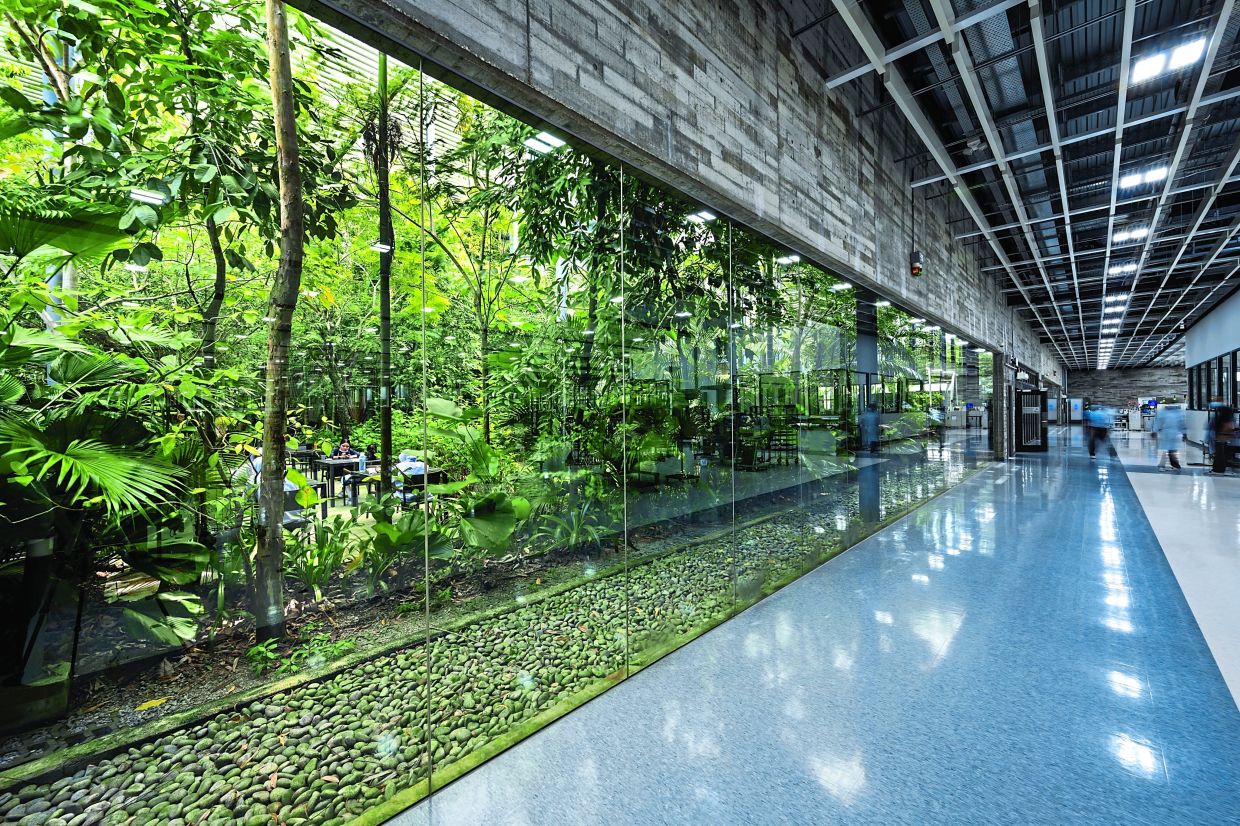 All floors have direct access to the gardens at the factory.

Through an email interview, Nizar shared about the idea behind the book and what it hopes to achieve.

“Over coffee (one day) with John (Bulcock from Design Unit Architects) and Gregers Reimann, managing director of environmental engineering firm IEN Consultants, it became clear the client was an integral part of the story.

“My subsequent Zoom interview with Paramit co-founder Billoo Rataul was fascinating as here was someone who went out of his way to build the greenest factory he could in Penang.

“It’s this green vision, from Billoo’s brief to the architecture and engineering, right down to the nuts and bolts, that is the core theme of the book,” said Nizar.

Nizar also appreciated the opportunity to play a role in highlighting the award-winning factory, which has a triple height lobby and an eye-catching cantilevered boardroom.

“As an architectural writer and designer, I can say we don’t do nearly enough to document great modern Malaysian architecture. So to have this opportunity to chronicle a building as unique as a ‘factory in the forest’ is a privilege. The triple volume atrium of the Paramit factory.

“On one hand, you get to celebrate and share with the world this amazing building and its many achievements. On the other hand, you’re doing the important work of contributing to national design history and discourse, which means a lot.”

At the factory, all employees have direct access to the gardens.

“This factory that is shrouded in greenery, that performs as expected engineering-wise, is already an inspiration for many. My hope for the book is for it to amplify the factory’s green vision by illustrating its design ideas and breaking down the science of biophilic architecture and energy efficiency,” he said.

Biophilic design is an approach to architecture that seeks to connect building occupants more closely to nature.

“Done right, more naturally inclined manufacturing environments can be beneficial for factory staff in the long run. No one should have to work in a windowless shoebox,” he emphasised. 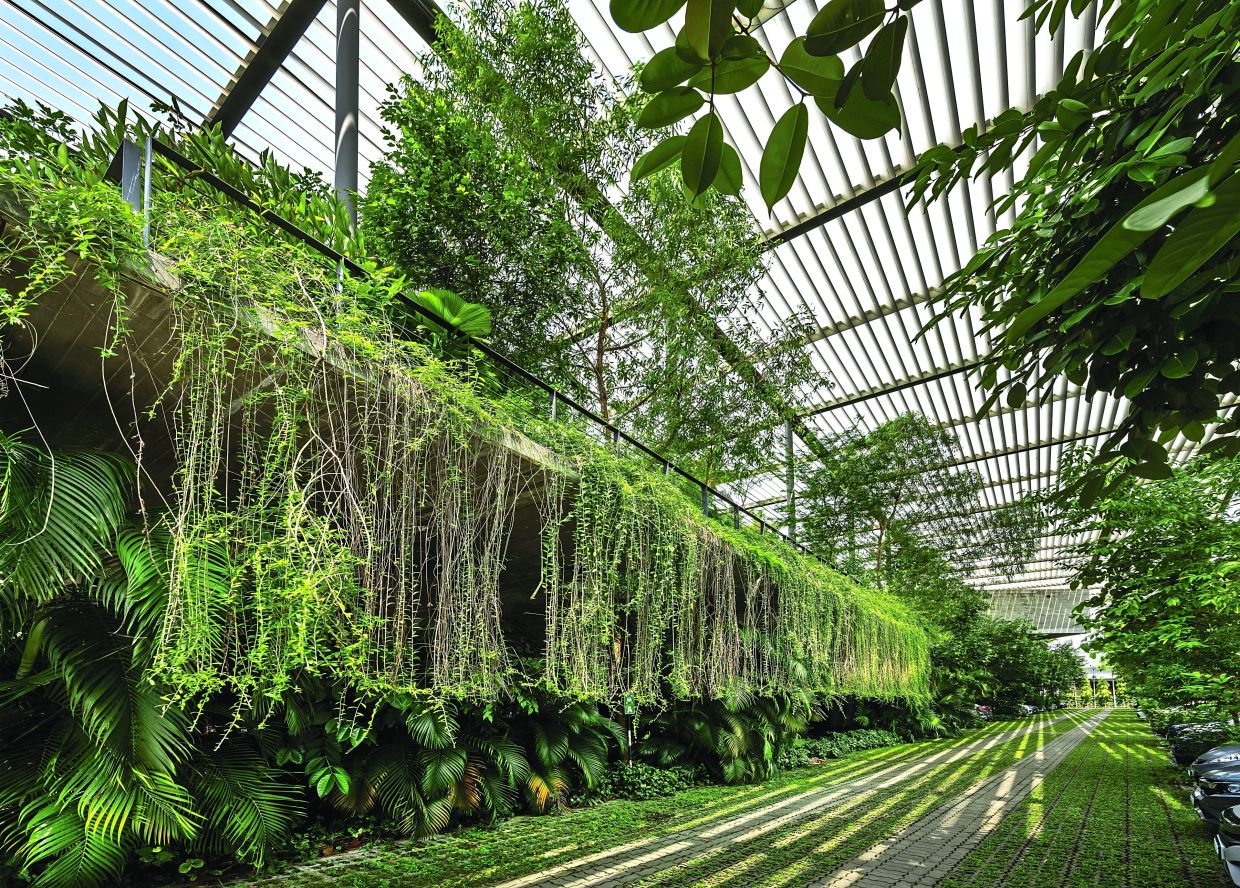 Various trees and plants, including these vines, add to the comfortable and conducive working environment at the factory.

Nizar also highlighted the factory’s role in the face of climate change.

“The manufacturing sector consumes a vast amount of energy. Any effort to reduce that amount by default lowers carbon emissions, and therefore impacts climate change.

“The Factory in the Forest’s use of natural daylight on the manufacturing floor, for example, reduces the need for artificial illumination. Another effort is its gardens of trees and plants that shade walls and glass, and lower ambient temperatures, thus reducing the energy needed to cool indoor spaces.

“The gardens are good for morale, too. It’s this biophilic design that is integral to staff wellbeing, for the sole reason that nature is, in essence, life. And we as humans will always be drawn to that,” he concluded.