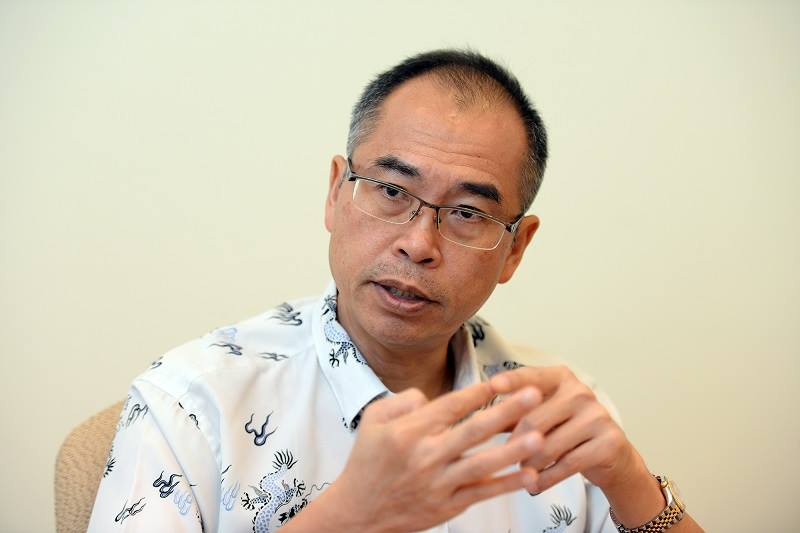 OVER the weekend, I had active discussions with my Penang friends who had migrated outstation and overseas over state affairs within the context of the Federation of Malaysia. The issues are important for Penang specifically and Malaysia generally.

Misconception 1: Penang is stagnating and hasn’t been able to reinvent itself. The state remains dependent on the electrical and electronics (E&E) sector.

There is definitely nothing wrong in excelling in the E&E sector and in fact it is a sector that is extremely important to the Malaysia’s economy.

From the country’s perspective, in 2018, the E&E sector created a trade surplus of RM119 billion (the highest among all subsectors for manufacturing industry).

Without it, Malaysia will be in deep financial trouble. While there could be a slowdown in the first half of 2019 due to uncertainties arising from trade war among others, industry research expects a recovery in 2020 as the world moves into the 5G stage and the proliferation of many new technologies such as autonomous driving, IoT, Industry 4.0, augmented/virtual reality.

If we have doubt about our capability, just look at the high value added, knowledge base products manufactured by the MNCs using local talents.

In addition, we have been seeing an increasing number of MNCs with manufacturing footprint in Penang also choose to operate their global business centres (GBS) here, suggesting that Penang is versatile in terms of ecosystem and talents.

In recent years, the state also diversified into new segments of the economy, attracting investments from medical devices, aerospace, automation and equipment manufacturing.

In fact, the E&E industry in Penang is not only about creating jobs but the strong technical know-how of the engineering pool has successfully nurtured entrepreneurs who are able to compete on the global stage.

One only has to scan the Bursa Malaysia for these Penang-based listed companies and get a sense of their earnings growth record. For examples, Vitrox Corporation, founded by two ex-Hewlett-Packard engineers, has recorded net profit compound annual growth rate (CAGR) of 34% in 2013-2018 and its direct competitors are the renowned automated test equipment (ATE) companies from the US, South Korea, Germany and Japan. The company’s market cap is now at RM3.3 billion.

Inari, an outsource semiconductor assembly and test vendor, recorded sales CAGR of 42% in FY11-18, with its market cap currently at RM5.6 billion.

Penang is also proud of its tech start-ups Such as Jobstreet, which grew exponentially before it was sold for a staggering RM1 billion and Exabytes, a young web hosting and cloud service provider in Penang which attracted RM44 million investment recently.

Penang does have the environment to nurture high-potential local companies that are ready to scale and compete regionally, if not globally. To conclude otherwise is to ignore the facts before us.

However, we must not be complacent and we need to continuously upskill our labour force to ensure our competitive edge remains.

Misconception 2: For decades, skills migration and brain drain, and the lack of high-quality job opportunities, has been Penang’s Achilles heel.

No doubt Penang has been facing brain drain issue but this is not solely out of Penang alone. In fact, this applies to all other states and this is a challenge to Malaysia. In actual fact, Penang is the state that registered the highest positive effectiveness ratio of migration at 58.4% in 2015-2016, according to Department of Statistics, Malaysia.

It is illogical to look at Penang’s growth rate entirely on its own while we are a state within the Federation of Malaysia. However, Penang’s GDP growth rate has always mirror that of Malaysia’s and most of the time, Penang is doing better than that of the country.

Further, many licences and development budgets need to be approved at federal level. Just imagine, if Penang could have the necessary financial licenses and more money to expand the airport for example, Penang can do much better economically than what it is now.

Misconception 4: The state is losing ground in tourism, especially with it having not invested sufficiently in this sector, a situation compounded by how cities around the world are reinventing themselves.

As a state within the Federation of Malaysia, Penang’s economic growth is constraint by the national context. An example is the Penang International Airport which is now at a utilisation rate of 120% (demand more than supply) due to the increasing number of passengers.

It is worth to highlight that Malaysia is the top 10 medical tourism destinations in the World and Penang being the leader among the states, contributing close to 50% share for medical tourism to Malaysia.

Misconception 5: Penang is developed and thus it needs less resources for further development.

We need to invest more (not less) in what make us money so that we have more money to develop the less developed part of the country.

It is illogical to expect Penang to attract the world’s top technologies and high spending tourists to its shore when at the same time, starve it of well thought out industrial incentives and development fund for better infrastructure.