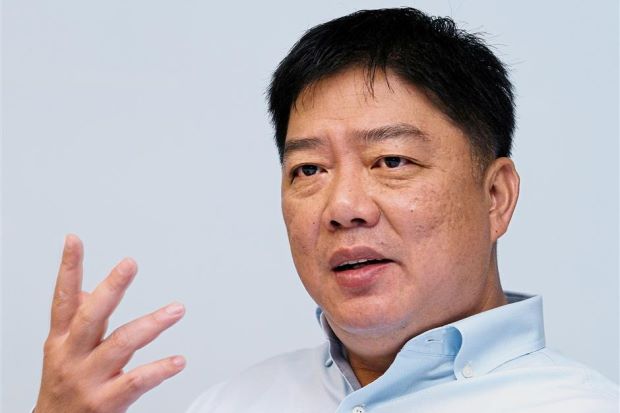 KUALA LUMPUR: In the semiconductor business, things are changing so fast that no one can afford to miss any new technology or critical development, lest one gets left far behind the curve.

“When you miss certain development, you will probably need another cycle to catch up,” Oh says.

“So, for us, we always make it a priority to learn about upcoming technologies from around the world, as well as get close to our customers to understand what is their next requirements,” he adds.

This forms part of Mi Equipment’s growth strategies for it to stay competitive in a dynamic business environment.

Oh reveals that the company is now positioning itself for bigger growth ahead, riding on the constant product advancements of mobile and wireless devices which have created demand for more powerful semiconductors.

“One of the reasons for us to go public is to expand … in the technology business, sometimes you need to achieve certain scale in order to survive the competition,” he explains.

He adds: “Our listing is also to give assurance to our customers, most of whom are Tier-1 global technology companies, that we are not a fly-by-night company. We are here for the long term and we want to have long-term business relationships with them.”

Mi Equipment is scheduled for a Main Market listing on June 20, 2018.

It is the first company to be listed on the Main Market of Bursa Malaysia Securities this year.

And it is poised to be the biggest initial public offering (IPO) exercise in the country for 2018.

On the prevailing uncertain market environment, Oh says: “Whether the market sentiment is favourable or not, this is not our agenda to go public.

“As long as our fundamentals are healthy and strong, and our management team is focused on execution, I believe investors will realise we are a good company. Short-term market fluctuation is not part of our consideration when we decided to go public. What’s important is the entire company’s direction,” he explains.

Mi Equipment is principally involved in the design, development, manufacture and sale of wafer level chip scale packaging (WLCSP) sorting machines for the semiconductor industry. The WLCSP technology is used in many segments including mobile and electronic devices; artificial intelligence; networking such as fibre optics and WiFi; healthcare; and computing.

Besides the development and sale of the WLCSP sorting machines, the group is also involved in the provision of maintenance services and technical support for these machines as well as the sale of related spare parts and components.

The group presently provides WLCSP sorting machine solutions to its customers who are global outsourced semiconductor assembly and test companies (OSATs) and integrated device manufacturers (IDMs). For instance, among its OSAT customers are Advanced Semiconductor Engineering Inc, United Test and Assembly Centre Ltd and Inari Technology Sdn Bhd, while it also boasts of strong presence among the IDMs from the United States that own also production facilities in China and Mexico.

As part of its expansion plan, Mi Equipment’s IPO will float 152.95 million shares, comprising a public issue of 134.43 million new shares and an offer for sale of 18.52 million existing shares to approved bumiputra investors, at an issue price of RM1.42 apiece.

The exercise is expected to raise gross proceeds of up to RM190.89mil, the bulk of which will be used to build two factory and office buildings in Penang over the next three years.

According to its recently launched prospectus, Mi Equipment will spend about RM140mil, or 73.4% of the gross proceeds, for the construction of new factories in Bayan Lepas and Batu Kawan.

Another RM36.78mil, or 19.3%, will be used for working capital in tandem with its growth plans, and RM6mil for research and development, while the remainder will be used for listing expenses.

In terms of the construction of two new factories, Oh says it is to boost the group’s production capacity to capture the semiconductor industry’s growth.

“Post-IPO, we will be more prepared for a wider product range that will enable us to reach out to different applications and sectors, and hence, capture more market share,” he says.

The construction of the RM65mil Bayan Lepas factory in Penang has already started since February this year. It is expected to be completed in the first quarter of 2019.

The construction of the RM75mil Batu Kawan factory in Penang will start end-2019. It is set to be completed in the third quarter of 2020.

Each of the new factory will come with an additional capacity of 45 machines per month. Upon completion, both factories will increase Mi Equipment’s monthly average production capacity by up to four times from the current level of 12 machines.

At present, Mi Equipment is already running at full capacity.

Oh notes that with the capacity expansion, the group can target more business from new and existing customers, particularly in the North-East Asia region.

In general, the group derives the bulk of its revenue from international market, particularly North-East Asia. Last year, overseas customers accounted for about 83% of its revenue.

Going forward, the group plans to recommend and distribute a dividend of at least 20% of its annual audited profit after tax attributable to the shareholders of the company.

Commenting on Mi Equipment’s proposed dividend policy, Oh says: “We want to be clear and transparent to tell investors that we are fighting towards this commitment.”

The closing date for retail applications is slated on June 7, 2018.