Medical Device Business the Next Big Thing for Pentamaster 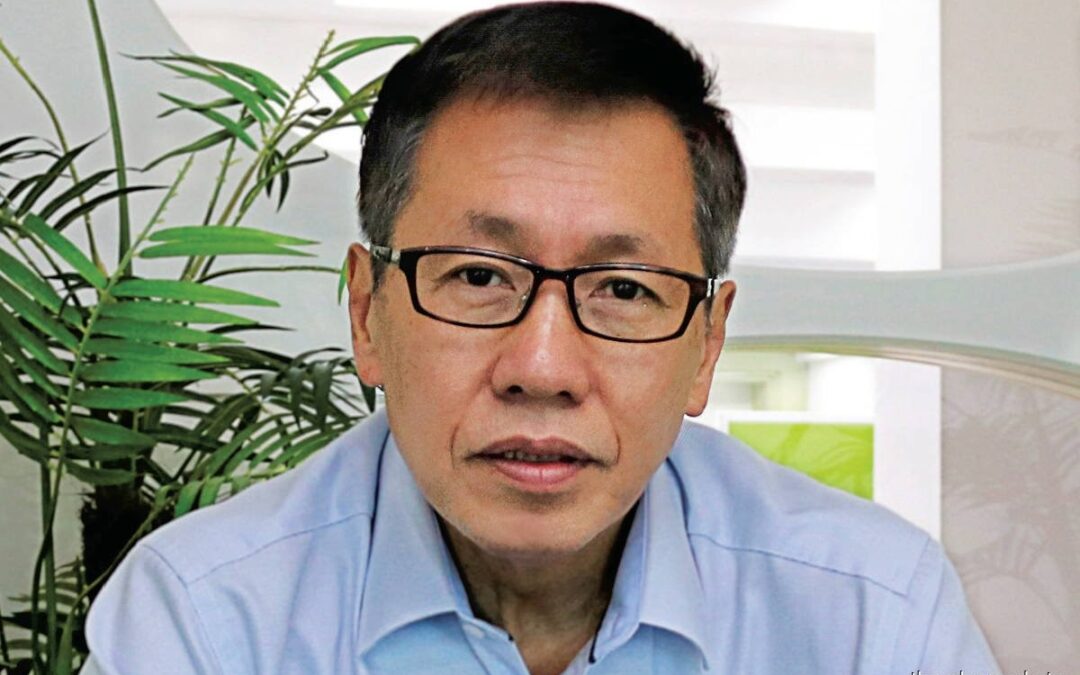 PENANG-based semiconductor equipment vendor and automation house Pentamaster Corp Bhd is the latest company to embark on the diversification route to increase its revenue streams and generate sustainable earnings growth.

While its peers ViTrox Corp Bhd and MI Technovation Bhd have gone into precision smart farming and semiconductor materials business respectively, Pentamaster is venturing into the medical device industry (MDI). The group is producing single-use medical devices such as dual-safety pen needles and safety intravenous catheter (IVC), which are mostly sold through distributor agents.

Pentamaster co-founder and chairman Chuah Choon Bin says the local ATE companies are diversifying into various sectors as they ascribe to the adage of “not putting all of one’s eggs into the same basket”.

“As technology gets more mature, the red ocean is coming in. China is up and coming in the semiconductor sector. The Chinese firms are executing their plans very fast. What you can do this year, China might be able to do it next year, and probably cheaper and better than you,” he tells The Edge in a telephone interview.

To remain ahead of the game, ATE manufacturers such as Pentamaster are thinking about the sustainability of their companies. “We do not want to sell our products at lower prices just to compete with our competitors. We need to look into multiple avenues of growing our businesses. We have to sustain our profitability and profit margins. If you think about it, most of us are not going into industries that we are totally unfamiliar with,” Chuah points out.

For instance, Pentamaster is going into the medical sector because it has the automation and equipment know-how, he says. As for the other local ATE firms, some of them are going into smart farming, battery or solar automation as they have their respective core technology to do so.

Chuah, 60, is the single largest shareholder of Pentamaster with a 19.73% stake. An electronics and electrical engineering graduate from University of Auckland, New Zealand, he previously served as an automation engineer for National Semiconductor and Intel Technology Malaysia.

Pentamaster has four major business segments, namely ATE, MDI, factory automation solutions (FAS) and warehouse automation systems (WAS). The group has two plants in Penang: one in Bayan Lepas, which also acts as its main office, and another in Batu Kawan.

Pentamaster ventured into MDI before the Covid-19 outbreak and was thus ready when the pandemic broke out.

As for its FAS business segment, the company has further diversified its services by providing medical assembly and medical automation solutions to clients. Its ATE division, meanwhile, contributes about 70% to group revenue and the remaining 30% is derived from its FAS division.

Chuah, however, expects the MDI and WAS divisions to each contribute 5% to Pentamaster’s revenue in the financial years ending Dec 31, 2021 and 2022 (FY2021 and FY2022), while contribution from the FAS division is expected to increase to 35% and the ATE division to reduce to 55%.

“Among the four business segments, we are particularly excited about the growth story of our MDI division as we expect its contribution to increase further to 5% to 10% by FY2023,” he says.

Third plant on the cards

Pentamaster will be spending RM60 million between FY2021 and FY2023 to develop its MDI manufacturing business at its 3.5-acre plant in Batu Kawan as well as setting up a new plant in the area.

“Once completed, we expect 70% of the capacity from our existing Batu Kawan plant to be occupied by the MDI business,” says Chuah.

Pentamaster is also applying to Penang Development Corp (PDC) to acquire 10 acres in Batu Kawan for future expansion projects. “We plan to build a 200,000 sq ft manufacturing facility there, which will be the third plant for the group, focusing on MDI, WAS and FAS,” he adds.

“In the next three to five years, we target our revenue to achieve double-digit growth every year. By venturing into new businesses like MDI and WAS, Pentamaster could continue to grow besides relying on ATE and FAS,” says Chuah.

He notes that the operations of many medical device manufacturers remain labour-intensive. But Pentamaster’s advantage is that it is essentially an automation and equipment firm. In other words, when the company is making medical devices, its manufacturing processes can be highly automated.

Chuah says manufacturing of medical devices involves more precision parts moulding and mechanical assembly. So, for Pentamaster, making medical devices is not as big a challenge as making semiconductor equipment.

“However, MDI’s barriers to entry are high, to obtain all the approvals and certifications from healthcare authorities, as well as to maintain the consistency and quality compliance of our products. We need to make sure that our medical devices do not have any quality defects.”

In spite of the stringent requirements, Chuah says Pentamaster is confident of obtaining these approvals due to its experienced engineering team and automation approach to provide consistency in quality and compliance. “We can add value to our MDI products from quality throughput to cost with a highly automated manufacturing process. We design and build the equipment ourselves. We have a machine vision inspection system and test equipment to make sure all the medical devices manufactured are auto inspected and tested to ensure standards compliance,” he says.

He adds that pen needles and IVCs are just a start for Pentamaster’s MDI manufacturing business. Moving forward, the group intends to expand its product portfolio to include other products such as safety syringes, scalpel and suture kits, lancets, dialysis filters, scalp vein sets and blood collection tubes.

“We have seen higher demand for these single-use medical devices since the Covid-19 outbreak. Nowadays, people are less willing to go to hospitals, so we see more people buying pen needles for home use. Meanwhile, many hospitals are still full of Covid-19 patients, who would also need IVCs.

“With our advanced manufacturing technology, we aim to be one of the global players in the medical device manufacturing sector,” he says.

Shares in Pentamaster had gained over 5% year to date (YTD) to close at RM5.42 last Wednesday, giving it a market capitalisation of RM3.86 billion. The counter is currently trading at a historical price-earnings ratio (PER) of 54.2 times.

In contrast, PIL’s share price has dropped close to 9% YTD to settle at HK$1.03, bringing its market value to HK$2.47 billion. The stock carries a PER of merely 10.2 times.

Comparing the share price performance of the two listed vehicles, Chuah acknowledges that the stock valuation of Hong Kong-listed PIL is lower. “Like it or not, we are still a small stock in the eyes of international investors. I guess Malaysian investors are more familiar with ATE companies like us. Essentially, PIL and Pentamaster are the same company. But from a stock investing perspective, I would say PIL is a steady stock while Pentamaster is a more exciting one,” he says.