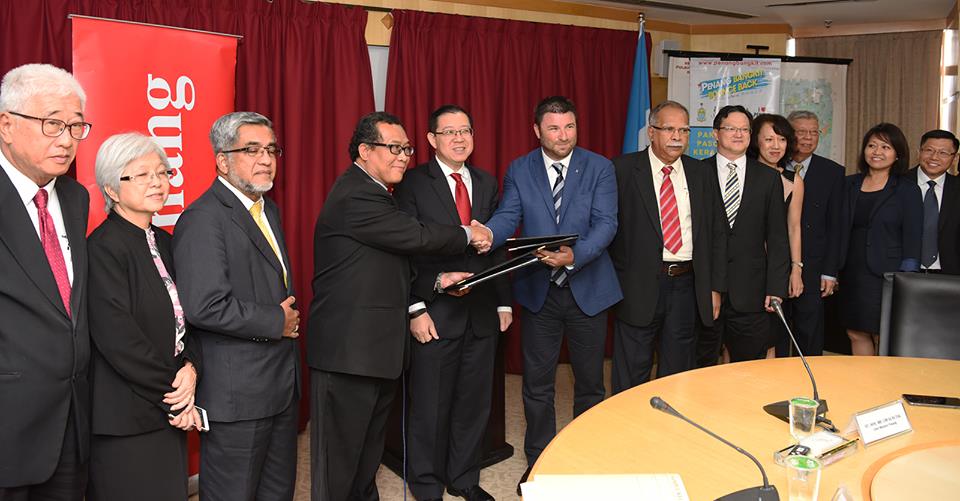 MULTINATIONAL corporation Jabil Inc has secured its place as a tenant of the Global Business Centre (GBC) in Penang at GBS@Mayang in Bayan Baru.

As a major tenant of the building, Jabil will occupy two floors covering over 72,700 sq ft, which will allow the company a future head count expansion of 1,000 executives.

We first started our operations from a leased office building and now occupy several locations in Penang which house our manufacturing and shared services operations,” he said at the tenancy agreement signing between Jabil Sdn Bhd (Jabil Global Business Centre) and Penang Development Corporation (PDC) at Komtar on Thursday.

He added that the office would support their capabilities enhancement plans, which would include applying a robotic process automation investment in the centralised procurement function.

“This will help eliminate standard and repetitive work processes, making our employees more productive,” he said.

On April 7 last year, it was announced that the state government would spend RM10mil to refurbish Mayang Mall building into a Global Business Services (GBS) centre known as GBS@Mayang for investors.

About 110,000sq ft of office space would be made available.

Chief Minister Lim Guan Eng said at the signing ceremony that the state was pleased that Jabil recognised the many advantages and opportunities that Penang could offer businesses.

“Jabil’s move towards higher value work and human capital development is very much aligned with our vision to create a high value-added, high technology and knowledge-intensive global business services hub in Penang,” said Lim, who is also PDC chairman.