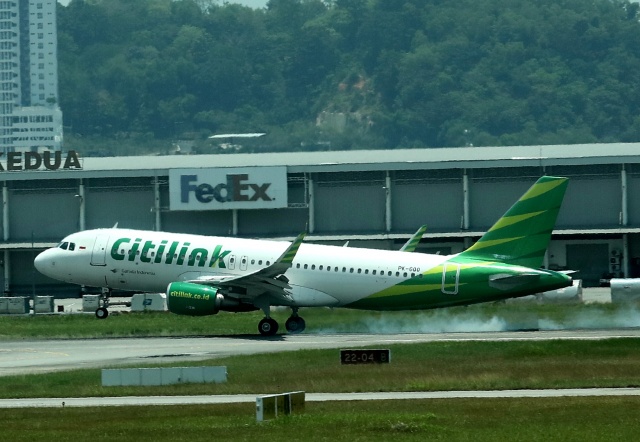 The four-star rated airline will be the 19th to operate in Penang.

The maiden flight from Jakarta touched down at about 1.20pm and was welcomed with a rain shower from two water cannons to signify the inaugural flight’s arrival.

Hutabarat said it was a significant milestone for the airline to be able to service the Penang route.

Chief Minister Lim Guan Eng lauded the remarkable feat and said Penang with its strategic location is immensely proud to be chosen by this airline for its second international route after Dili (Timor Leste).

Lim said Penang is noted for its heritage enclave and this could be seen with an increase of passenger traffic (departure and arrival) at the airport which hit 7.2 million passengers last year.

“It is an increase of 8% comparing to just 6.6 million passengers in 2016,” he added while hoping the frequency of flights from Jakarta-Penang could be increased as well.

Sallaudin meanwhile said he was proud that Penang is the first city in the country to be chosen by Citilink to fly to.

CITILINK is a low-cost subsidiary of Garuda Indonesia, the national airline of Indonesia.