In tune with the times 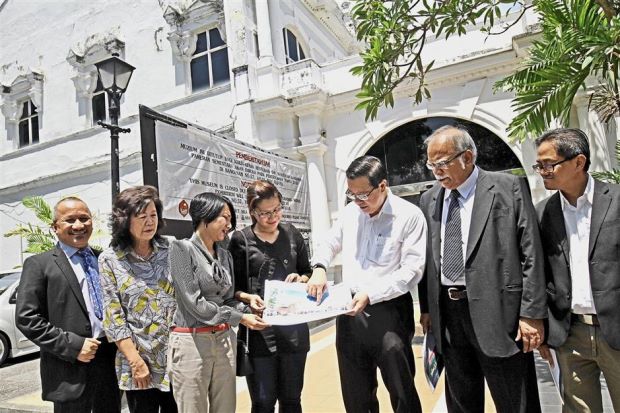 THE Penang government is spending RM20mil for the conservation and renovation of the Penang State Museum @ Farquhar in Farquhar Street.

The works which is expected to be completed in 2020 would include the restoration of the existing two-storey museum building and an extension to the building’s west wing.

The project aims to restore and transform the heritage building to its former glory and exude its grand presence in the heart of George Town’s heritage enclave.

The restoration and retrofitting work will unveil a redefined museum experience integrating both functional flow and exciting state-of-the-art interactive technology.

He said the project would involve restoring the portion which was originally the museum’s west wing which was destroyed during the Second World War.

“Initially, we were thinking of doing some repairs to the museum but it was neither here nor there.

“We want to give the place extra space as Penang is rich in history and has many artefacts. We will build a new annexe that features a modern cultural building.

“It will not be a replica of the wing that was destroyed by an allied war plane,” he told reporters at the museum yesterday.

Lim added that the annexe would be like the Louvre Museum in Paris which is a heritage building but yet there’s a modernist glass pyramid.

“It will be a mix of the old and new in concept and spirit.”

The building, which was turned into a museum in 1965 and was closed on April 15 last year for the restoration, once housed the Penang Free School and SMK Hutchings.

“Anything that involves the trust will definitely be world-class as it has Unesco’s recognition.”

He added that the museum upon its completion would emerge as the main hub of MAGnet (Museum and Art Gallery Network) events of exhibitions and public participation workshops.

“The exhibits and artefacts from the museum will be temporarily exhibited at the state museum premises in Macalister Road starting April 14.

“To mark the museum’s 53rd anniversary, entrance fees will be waived for April.

“Several special exhibitions and programmes will take place, namely the ‘Haji Pilgrimage in Penang using the Sea Ship’ excerpts and exhibition,” he said.