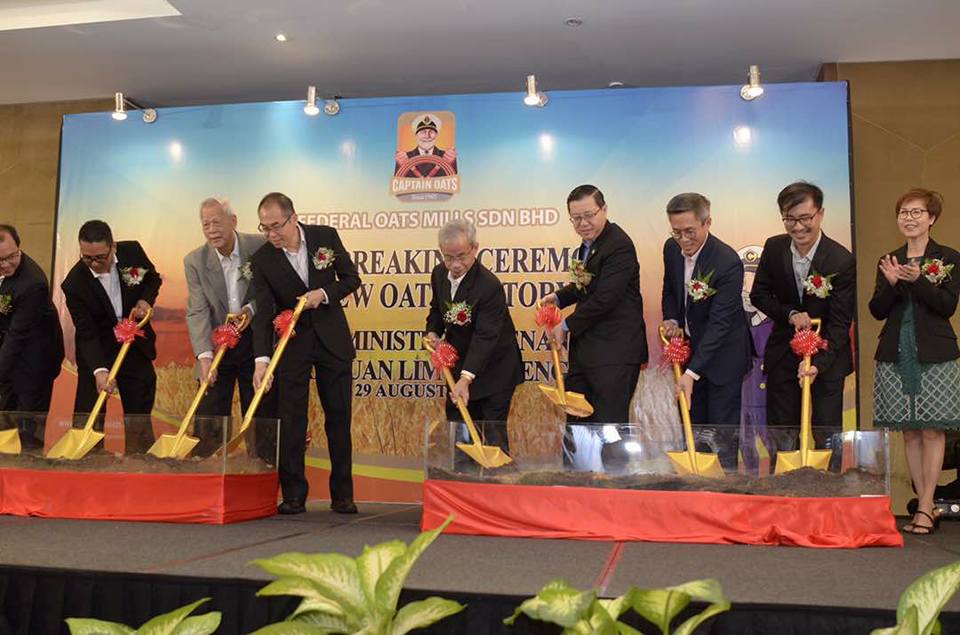 Executive Director Michael Chew said the new plant would cater to growing demand for oat-based products, adding that the global oats market was expected to reach US$2.5 billion (US$1=RM4.27) by 2022, driven largely by demand from South East Asia and China.

“Increased education on heart healthcare has led to a demand for food products containing oats, such as breakfast cereals and snacks.

“Therefore, we are bullish on oats, and are in a prime position to ride this wave,” he said before the groundbreaking ceremony for the new plant by Penang Chief Minister Lim Guan Eng at the Penang Science Park in Bukit Minyak, near here.

The plant, to be built over an estimated 2.7 hectares, was expected to be completed in two years.

Chew said the new plant would have about 100 personnel, including skilled engineers to primarily focus on research and development.

“Our grain storage capacity will also increase to 25,000 tonnes and the new plant would increase the group’s daily milling capacity by five-fold.

“With this huge boost in capacity, we will be able to ramp up supply to new growth markets and allow us to cater to markets with more sophisticated diets and taste preferences,” he said.

The present factory is located in Mak Mandin Industrial Park and is the only oat milling plant in Southeast Asia.

Incorporated in 1965, the company is a subsidiary of United Malayan Flour Sdn Bhd and produces oatmeal under the Captain Oats brand which is available in 35 countries across Southeast Asia, South Asia, the Middle East, Africa and China.