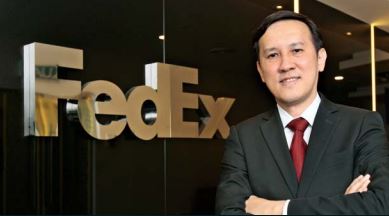 KUALA LUMPUR: Following the merger of its parent company with rival TNT Express a year ago at the global level, FedEx Malaysia is now positioning itself for greater growth in the country.

“Our aspiration is to always be better [than before],” FedEx Malaysia managing director Chong Siang-Chung told The Edge Financial Daily in an interview, saying the group is focused on sustainable growth and contributing to the country’s gross domestic product (GDP).

While declining to share the specific details of its growth target, Chong alluded to projections on the country’s GDP growth as a benchmark. The World Bank sees Malaysia’s GDP growing at 5.8% this year, while Bank Negara Malaysia forecasts the growth rate to come in between 5.5% and 6%.

FedEx Corp acquired TNT for €4.4 billion in May 2016, which it said was to strengthen its European road network.

In Malaysia, the merger of the logistics service providers’ operations has been going smoothly, according to Chong. Integration of their ground operations, which began on July 31 last year, is already completed. Its sales operations will be integrated by June this year.

“Our customers already know by now that when they make their orders through FedEx or TNT, vans carrying either brand may show up,” shared Chong.

On top of that, customers have been able to enjoy earlier shipping and response times as a result of both brands’ immediate coverage expansion, he said.

FedEx first established freight operations in Malaysia in 1989 and introduced express operations in 1993, while TNT has had a presence here since 1976.

According to him, the shared values of both FedEx Malaysia and TNT, which place emphasis on prioritising people, have smoothed the merging of operations and his transition into his current role, to which he was appointed in November 2017.

Going forward, Chong said FedEx Malaysia still sees much excitement in the last-mile delivery segment due to the e-commerce boom, which the group views as an opportunity.

“We get many requests to change delivery addresses and time based on what is convenient to customers,” Chong said. With that in mind, the group is leveraging on technology to address this need through FedEx Delivery Manager, which offers SMEs (small and medium enterprises) and e-retailers flexible delivery options.

The group is unfazed by the intense competition in the domestic market among courier service providers, which has crimped margins for companies such as GD Express Carrier Bhd and Nationwide Express Holdings Bhd.

“We see it as a good thing that the industry is attracting more and more players,” Chong said, noting that this signals business is growing.

FedEx Malaysia sees its own value proposition in providing “total custodial services”, Chong said, particularly to SMEs, for which it has developed various shipping options that include cost-effective alternatives, and web-based solutions.

Although the group has historically served mostly large multinational corporations, Chong shared that it has seen an increasing number of SMEs relying on its services for e-commerce deliveries.

“Our current portfolio is quite balanced [between SMEs and big businesses],” he said, adding that FedEx Malaysia is still largely focused on business-to-business transactions.

A 2016 Asia-Pacific survey by FedEx, which focused on SMEs, found that most of these companies had limited knowledge of overseas markets. FedEx, therefore, found that it could act as a source of sharing knowledge, Chong said.

As for challenges the group faces in Malaysia, he said customer requirements are growing increasingly sophisticated based on industry-specific needs.

“Some of our customers, such as those in the healthcare supply chain, want to know more about how their parcels are being transported,” he said. To cater to such requests, one of the products it has developed is FedEx SenseAware, which allows customers to monitor the temperature, humidity, light exposure, barometric pressure and location of their shipments using data collected from multiple sensors.

Chong also said FedEx Malaysia is committed to supporting the government’s initiatives under the national Logistics and Trade Facilitation Masterplan, which aims to make Malaysia the “preferred logistics gateway to Asia” by 2020.

This includes the establishment of a Digital Free Trade Zone by the Malaysian government in partnership with Alibaba, which Chong welcomes as a measure to promote trade.

“We also have a responsibility to support this initiative seeing as how it is expected to benefit the economy of Malaysia,” he said, adding that FedEx Malaysia would therefore continue to provide strong support to businesses and SMEs here as a logistics service provider.