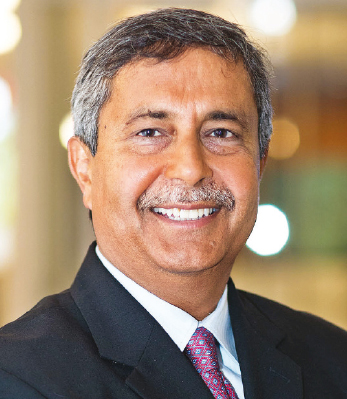 Sanjay: We plan to have some of the most advanced products assembled and tested in Malaysia to the highest-quality standards (Photo by Micron)

Supported by the Penang government, some LLCs are grooming local small and medium enterprises (SMEs) through the Penang Automation Cluster, while the presence of SME villages and a logistics hub also further enhances the ecosystem at BKIP.

It is worth noting that the state government has been conducting stringent industrial and environmental due-diligence processes to ensure that the fast-growing BKIP is dedicated only to world-class technological companies, some of which are even practising lights-out manufacturing. (Lights-out manufacturing refers to factories that are fully automated and need little or no human intervention. Thus, they can operate with the lights out.)

As a result, Batu Kawan is now a major economic zone for Penang that offers elements of industry, business and learning institutions.

Business leaders and captains of industry whom The Edge spoke to highlight that the key factors that contributed to their decision to invest in Batu Kawan were the availability of skilled labour, proximity to their regional customers and ease of doing business.

Micron president and CEO Sanjay Mehrotra says, for the past 10 years, the US-based memory chip giant has had a strong manufacturing presence in Muar, Johor. In 2018, the group expanded in Penang.

“We currently have 4,000 team members in Malaysia and, over the course of the next couple of years, we plan to add 2,000 members in Malaysia. Many of them have a strong technical background in engineering and manufacturing,” says Sanjay, 63, an Indian-American business executive who co-founded SanDisk in 1988.

In November 2018, Micron announced a RM1.5 billion greenfield investment plan for its centre of excellence for solid-state drive (SSD) assembly and test in BKIP.

“In Batu Kawan, we have a factory that went into operation in January this year. We have also been building an equally large second factory right next to the first one in Batu Kawan, which will nearly double the size of our manufacturing operations in Batu Kawan,” Sanjay discloses.

Micron’s facilities in Muar and Penang are for the state-of-the-art assembly and test of NAND solutions, dynamic random-access memory (DRAM) components and DRAM modules. In BKIP, the group will be making SSDs.

“Phase 2 is already being built and will go into production next year. We’re not providing financial metrics with respect to capital investments, but Phase 2 is nearly as large as Phase 1 in Batu Kawan. We plan to have some of the most advanced products assembled and tested in Malaysia to the highest-quality standards to ultimately meet the market requirements that are present in notebook PCs, data centres, smartphones and a variety of consumer and industrial applications,” Sanjay adds.

He stresses that Malaysia will continue to be an important part of Micron’s global footprint, not only in terms of manufacturing excellence but also as a strong centre for the group’s financial operations.

“As we grow and become one of the most influential semiconductor products manufacturers in Malaysia, it is to the benefit of the ecosystem for technology in Malaysia. Even during the pandemic, we have continued to invest in Malaysia since 2018. In Penang, we launched Phase 1 in 2019 and that went into production in January this year. Even during Covid, we continued with our expansion plan and we made the decision for Phase 2 as well, which will expand next year,” Sanjay says. 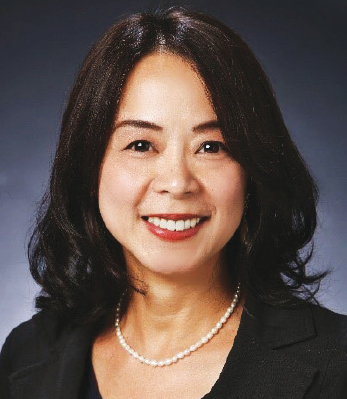 Soon: [Batu Kawan and Bayan Lepas] will complement each other and bring greater growth and development to Penang’s E&E ecosystem (Photo by LRI)

“This is especially true for Penang, which has an already-robust E&E ecosystem and is a regional hub for back-end hi-tech machinery and equipment, as well as the world’s leading location for semiconductor test and assembly,” she points out.

Lam Research, a global supplier of wafer fabrication equipment, had invested close to RM1 billion in its new manufacturing facility at BKIP. The investment amount encompasses the total cost, including land, building, equipment, fittings and cost of operations.

Its LRI site in Batu Kawan has a built-up area of more than 800,000 sq ft to meet rising demand, and the company plans to employ 600 people by year-end to support its growth.

Soon says BKIP is an extension of the Bayan Lepas Industrial Park, which has established itself as part of Penang’s ever-growing E&E ecosystem.

“Thus, we do not see Batu Kawan displacing or outshining Bayan Lepas. Instead, BKIP and Bayan Lepas Industrial Park will complement each other and bring greater growth and development to Penang’s E&E ecosystem,” she explains.

Soon adds that Batu Kawan, like Bayan Lepas, offers unique selling points that make it a highly attractive location for any potential investor, not only for those in the semiconductor industry but also hi-tech manufacturing companies in general.

“Some of the key offerings are the available infrastructure that complements our industry well, ease of doing business, low cost of operations, availability of skilled labour, use of English as a common language, and centrality of the country’s location that makes it a gateway to Asia-Pacific. These are some of the key reasons we believe Penang is able to continue to be a prominent destination for foreign investors,” she observes.

Penang Second Bridge a plus point

Simmtech managing director for Southeast Asia, Jeffery Chun, acknowledges that it is the presence of its key customers and their expansion strategies in this area that brought the group to BKIP.

“We have worked very closely with our major customers to vertically integrate the supply chain in different regions, and BKIP is to strengthen our supply chain strategy in this area,” he says.

Based in South Korea, Simmtech is one of the world’s largest players in printed circuit board (PCB) and packaging substrate for the semiconductor industry. The group announced in July that it had chosen an 18-acre site at BKIP for its first large-scale factory in Southeast Asia.

Phase 1 of the project will cost more than RM500 million, including land acquisition, construction of a factory and the purchase of equipment, with operation slated to commence by the first half of next year. The new facility is expected to create 1,200 high-value jobs in engineering, manufacturing and quality management by 1H2023.

“While land is cheaper on the mainland, BKIP is conveniently located just off the Penang Second Bridge. Again, we prefer locations that are closer to our key customers. As a material supplier to semiconductor back-end operation business, we see BKIP as a very attractive investment option,” says Chun. 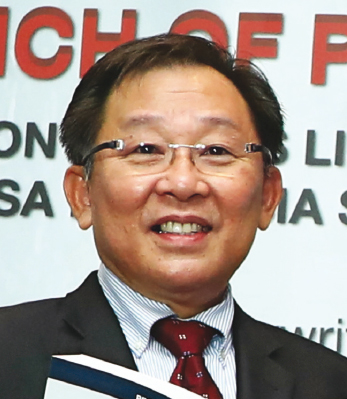 Chew: MNCs have been flocking to BKIP… because of the fast-growing E&E semiconductor [industry] and demand for life science instruments worldwide (Photo by QES)

QES managing director and president Chew Ne Weng says the primary reasons for its investment in BKIP are the availability of large tracts of land as well as complete infrastructure such as roads, connecting bridges to Penang Island and Prai Mainland, internet broadband, water and electricity.

“BKIP is heavily promoted by InvestPenang and Penang Development Corp (PDC), both of which are under the state government. Many MNCs and local listed companies are there, so it’s good for the ecosystem and supply chain because there will be potential business opportunities among the pool of investing companies in BKIP,” he notes.

QES has acquired a two-acre parcel at BKIP from the PDC for around RM5 million and budgeted about RM10 million to construct a factory there, slated for completion by end-2023 or early 2024.

“Our plan is to expand the QES manufacturing division there for both ATE equipment and IR4.0 Smart Manufacturing Solutions. We are also working on integrating or relocating the Applied Engineering-QES (AE-QES) JV company to the new QES BKIP factory,” says Chew.

He predicts that Batu Kawan will eventually overtake Bayan Lepas, as the former’s land area is much larger. Meanwhile, nearby areas such as Penang Science Park will add to the expanding industrialisation of BKIP in the long run.

Therefore, says Chew, Penang will need a larger area for the airport over the next decade or so, owing to the tremendous growth of MNCs relocating to BKIP or Penang Island.

“MNCs have been flocking to BKIP lately because of the fast-growing E&E semiconductor [industry] and demand for life science instruments worldwide. The supply chain or ecosystem relating to parts, components, equipment, automation, material and services from local companies to support the MNCs at reasonable costs is proving to be an attractive pull factor,” he says.

Indeed, the E&E firms are not the only ones in BKIP. For instance, Iconic Worldwide Bhd, a property developer that aims to be the world’s fifth-largest glove maker, is investing more than RM150 million to build its personal protective equipment (PPE) manufacturing facilities on a 5.53-acre land parcel at BKIP. 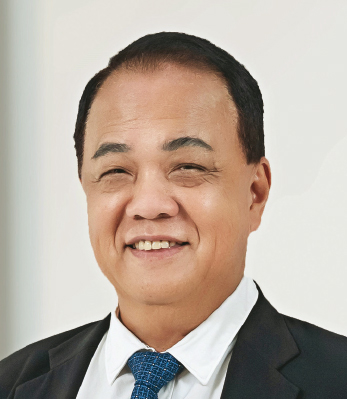 Tan: BKIP will be better positioned for heavy industries, thanks to the scarcity of land and available infrastructure (Photo by Iconic Worldwide)

Its managing director and major shareholder Datuk Lucky Tan Kean Tet says the group has budgeted a total of RM200 million for the whole development to set up a technology-driven factory for better innovation and sustainability.

“Batu Kawan is renowned for its heavy industrial park in Penang. Being among other major MNCs there, Iconic Worldwide can better position and propel itself to achieve its goal of being an internationally recognised company,” Tan says.

Another reason that Iconic Worldwide chose BKIP is the offer of attractive packages that allow the group to shorten the submission time for development plans.

“We can then complete the factory in a year. Infrastructure such as a ready-access road and gas pipeline are [in place] and play a very important role in fast-track development,” Tan adds.

He concurs that Penang Island has limited capacity because of land availability issues. In comparison, Batu Kawan is a cheaper option and offers convenience, with the Penang Second Bridge.

“BKIP will be better positioned for heavy industries, thanks to the scarcity of land and available infrastructure. Batu Kawan is a place where hi-tech manufacturers cannot afford not to go. Obviously, land there is being snatched up and being part of the area signifies the status of a company,” Tan says.