CM wants Penang to be a global business services hub 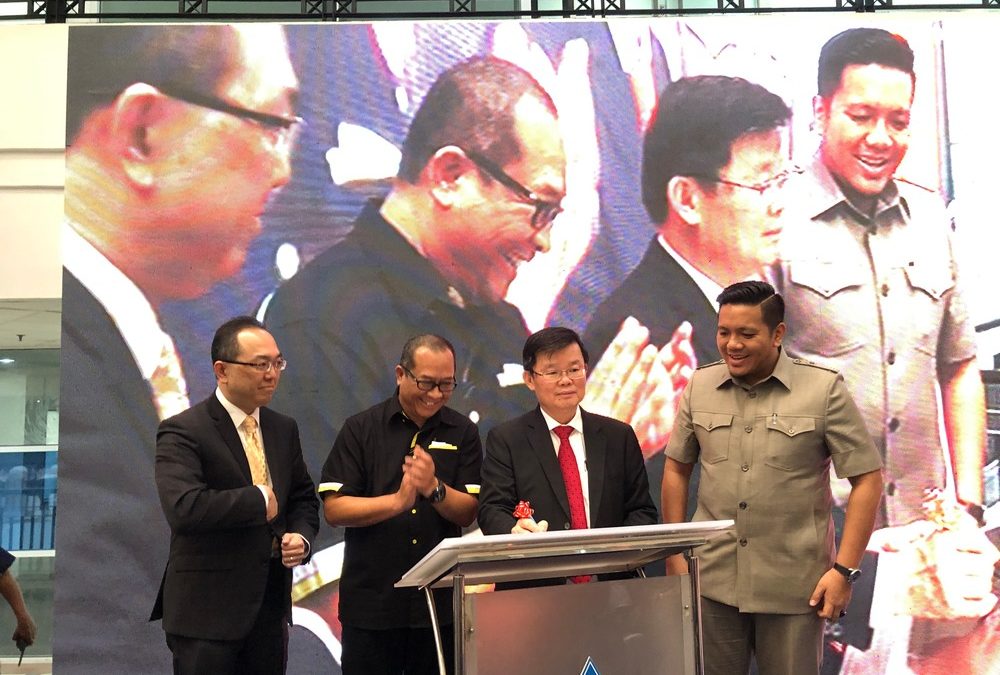 He also said the state government must take the lead as the sector was still in its infancy.

“Now that we have some major GBS companies here, we need to build up the ecosystem for GBS here like how the state built up the manufacturing ecosystem here to support its growth,” he said at the official launch of GBS@Mayang today.

“If the GBS sector continues to grow here, the private sector will respond by putting up facilities to cater to this sector and turn Penang into a GBS hub,” he said.

Chow said that while manufacturing will remain a growth sector for the state, many have also diversified into GBS.

He said a 2016 Principal Hub Investment Report by Mida listed Penang as the recipient of the second-most investments for Global Establishments for Services or Principal Hub after Kuala Lumpur with an investment value of RM4.1 billion.

“With this status, GBS@Mayang would strengthen its foothold as an attractive choice for companies wishing to be located in a prime area and enjoy the benefits that come with being MSC-status certified,” he said.

Chow also announced other GBS facilities in the pipeline, such as a double-storey building next to PDC’s office in Bayan Baru, GBS-by-the-sea and a private venture, Penang International Commercial City (PICC).

He said the GBS-by-the-sea project will depend on market requirements.

PDC general manager Datuk Rosli Jaafar also announced that there will be a second phase for GBS@Mayang that will be two blocks of multi-storey buildings behind the current building.

“Phase two will depend on market demands and it will add on 500,000 to 600,000 sq ft of office space and the second phase will also resolve issues of the carpark shortage here,” he said.

Rosli confirmed that PDC will be starting work on a smaller project, a new building next to its current office in Bayan Baru.

Rosli said the new building will have 80,000 sq ft of office space to meet current needs.

“InvestPenang has informed us that there is a need for this space so we hope to complete the project by late 2019 and it will be fully operational by early 2020,” he said.