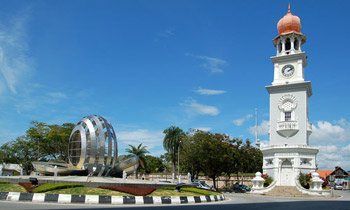 PENANG-based digital interactive entertainment companies are positioning themselves with expansion plans and new products to tap into the growing market of the local creative multimedia industry, which is projected to grow to US$9.35mil (RM30mil) by 2016.

According to Kamil Othman, vice-president of the creative multimedia division in the Multimedia Development Corporation (MDeC), local consumers are expected to spend about US$6.4mil this year for creative multimedia entertainment, and the figure is projected to grow at 9.1% annually till it hits US$9.35mil in 2016.

Globally, consumer spending for creative multimedia entertainment is approximately US$1.6tril presently, and this is expected to grow to US$2.1tril by 2016.

“We aim to raise our revenue this year to between RM8mil and RM9mil from about RM6mil last year.

“About half of the 30 mobile games to be released this year will be games designed by our company under our brandname Game Pro.

“The other half comprises third-party mobile games that we have obtained the licences to distribute.

“It takes two to three months to develop the mobile games,” he said.

Besides mobile games, Game Pro also plans to release about 10 web-based games this year, compared to five last year. The web-based games, known also as massively multi-player online role-playing games (MMORPG), have been in development for the past one to three years, Chua says.

The MMORPG games can be played for free in Game Pro’s website.

“When the players want to increase the weaponry used in the games, they have to purchase top-up ‘pins’ that are available at convenience stores.

“The top-up pins cost between RM10 to RM200, depending on the complexity of the weaponry required.

“Sometimes the top-up pins can cost up to RM5,000, if the weaponry required is specially customised.

“This is how revenue is generated from web-based MMORPG games,” he said.

Although only 20% of the players in web-based games purchase top-up pins, web games still contribute about 90% of the company’s revenue, according to Chua. On the future direction of the company, Chua said Game Pro would focus more on developing games for mobile platforms such as smartphones.

“This is because such games can be downloaded from Android-based and iOS-based smart devices. We aim to increase the contribution of mobile games to about 50% by 2016 from about 10% presently,” he said. The company is also in discussions to secure contracting jobs from overseas game developers in Taiwan and China to design the graphics and the software content for gamesa, according to Chua.

“We are in talks with some of them now,” he said.

Chua said it would take about RM100,000 to start a new medium-size mobile game designing company.

“With such a capital outlay, you can engage two to three employees.

“The margins are sustainable at between 18% to 30% of the revenue,” he added.

Meanwhile, Akeetoons Sdn Bhd is releasing its Total Animation Solution For Kids (TASK) mobile applications in July. Akeetoons chief executive officer Stanley Lim said, initially, the downloads would be free to promote TASK. Next we will release the paid versions, which will cost US$1 to download. The applications will be available for Android smart devices.

“We are looking for funding from angel investors to further improve the new versions of TASK,” Lim said.

TASK basically instructs children on how draw cartoons and how to make them come to life.

“It teaches kids how to animate the cartoons so that they can blink, walk, and talk,” he said.

Lim said the company is also exploring opportunities to team up with game developers to design mobile games for downloading.

“Since 2008, when we started business, the company has been selling about 600 units of TASK software and hardware a year, with an estimated value of RM200,000,” he said.

InvestPenang director Datuk Lee Kah Choon said, to better position Penang for opportunities in the creative multimedia industry, the state plans to have its Creative Animation Triggers (CAT) sites in George Town ready within the next 12 to 24 months.

“We have acquired an assortment of heritage buildings in George Town that will be renovated and leased to creative animation companies,” he said.

One such building is a warehouse on a 10,000sq ft site in Victoria Street.

“We are also close to signing an agreement with the Yeap Chor Ee Foundation to lease its Wisma Yeap Chor Ee building in Weld Quay.

“As for the Sia Boey Market, which is part of the Komtar Phase 5 project, some 10 to 15 heritage buildings there will also be refurbished soon,” he said.

Lee added that the sites would collectively provide 100,000sq ft of office space for use by content creation companies.

“Some 1,000 high income job opportunities will also be created by CAT.