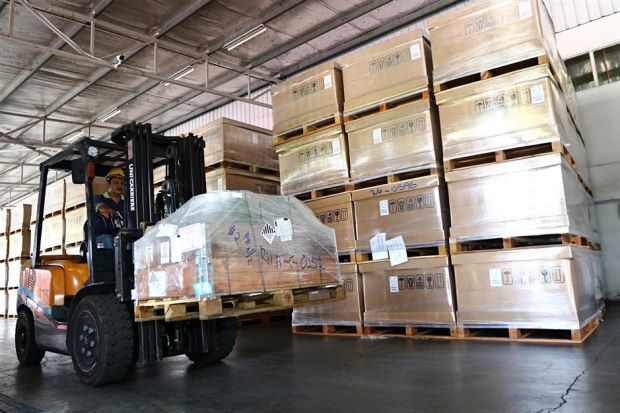 GEORGE TOWN: Penang’s freight forwarders expect the tonnage of the imported and exported cargo handled at the Penang International Airport to rise by 15% and 6%, respectively, in 2018 to 75,000 and 69,720 tonnes.

Penang Freight Forwarders Association secretary-general Ali Ahmad told StarBiz that in 2017, the imported and exported cargo handled rose by 25% and 5.3%, respectively, over 2016 to 65,305 and 65,774 tonnes.

“About 70% of the cargo handled last year comprised electronic and semiconductor components and parts.

“As the semiconductor and electronic industries are projected to show further improvement in 2018, we can also expect the tonnage handled to rise correspondingly,” he said.

According to Ali, the new Qatar Airways direct flights between Doha and Penang would increase the cargo handled at the Penang International Airport.

“The thrice-weekly direct flights will increase the cargo handled at the Penang International Airport by 150 tonnes per month,” he added.

Ali said the federal and state governments should quickly look into making the establishment of an integrated cargo complex at the Penang International Airport a reality.

“Currently, there are two cargo terminals.

Despite the 10% increase in the fuel surcharge, the current freight rate charges to the United States have been maintained at around RM10 to RM15 per kg, depending on the destination in the US, and the season.

The charges to Europe are between RM8 and RM12 per kg, depending on the destinations in Europe, and the season.

“During peak periods, however, the freight charges could rise by about 15% to the US and Europe,” he added.

The fuel surcharge has increased to RM1.10 per kg from RM1 per kg.

Ali added that Penang-based companies were still sending cargo by trucks to Kuala Lumpur so that the cargo can be flown out of the KL International Airport using Middle Eastern airlines offering very competitive rates.

“Those companies with no urgency for the cargo to reach their destinations have also opted to ship via sea, which is cheaper than shipping by air,” he added.