Captaining the ship in markets abroad 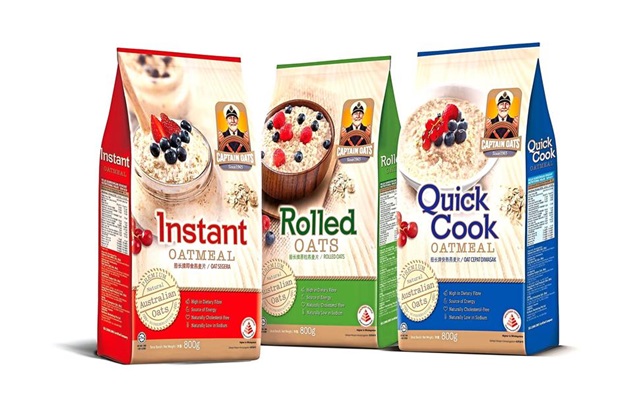 HAVING established a significant presence in the Middle-East, Federal Oats Mills Sdn Bhd is now focused on growing its Captain Oats brand name in Asia, particularly in the South-East Asia and Greater China regions.

Its executive director Michael Chew, 38, is particularly excited about the company’s focus on China, where demand for natural health foods and premium overseas brands is growing.

“We expect strong double-digit percentage returns from China in the coming years,” he says.

But closer to home, Chew notes that there is also plenty of opportunity for growth.

“We see exceptional growth opportunities in Indonesia and Vietnam where a growing middle-income group is driving this change towards healthier breakfast options.

“And of course, our own turf, Malaysia, will be the most important market for us in the near term. We feel Malaysians do not know that we actually have a homegrown oats mill in our backyard, delivering an affordable alternative to international brands,” Chew says.

Federal Oats was founded in 1960 by Chew Choo Han. The company made its maiden sales of Captain Oats in Malaysia a few years later through direct selling channels.

In the 1970s, it started exports to the Middle East.

According to Chew, the Middle East market currently contributes a significant part of the company’s revenue.

“Having been in that market for over four decades, we are widely recognised as a leading brand in the Middle-East,” he says.

But moving forward, exports within Asia will be the key growth driver for the company.

To enhance its competitive edge in the local and overseas markets, Federal Oats is investing RM120mil in a new plant at Penang Science Park in Bukit Mertajam.

The new state-of-the-art oats mill will have a production capacity of 15 tonnes of oats per hour under the first two phases of installation.

That is equivalent to an output of 60,000 tonnes of finished product per year, notes Chew.

“The plant itself has been thoughtfully designed and built for three phases, allowing the company to grow its total production capacity by up to 70% to meet future demand.

“With such plans in mind, much thought had been put into the oats grain intake, grain storage, production, packing and warehousing to meet this future demand,” he says.

With the increased capacity and factory space, Federal Oats also hopes to deliver new platforms for consumers to enjoy oats.

“This segment is growing from snacks to ready-to-drink beverages. The potential use for oats is limitless.

“We hope that with our ongoing brand awareness campaigns, Malaysians will support their own homegrown brands like Captain Oats,” he adds.

Federal Oats won the Platinum award for Best Global Market and Silver for Best in Marketing at The Star Outstanding Business Awards (SOBA) 2017.

The company has enjoyed a compounded annual growth rate (CAGR) of 20% over the last five years to achieve sales revenue of RM66.5mil in 2017.

For 2018, the company expects sales to be in line with the previous year due to the weakening ringgit, which affected export revenue.

“But for financial year 2018-2019, we expect to turn in stronger numbers with a projected revenue of RM80mil through better marketing and promotion activities and channel management.

“The implementation of GST and weak consumer spending previously had affected our sales locally in 2017-2018. The downsizing of many international retailers also impacted our sales.

“This has made us re-look our sales channels and refocus our efforts in delivering affordability to consumers through promotion campaigns,” says Chew.

Globally, he notes that weaker oil prices coupled with the implementation of VAT across the Gulf Cooperation Council and ongoing conflict in several parts of the Middle East have led to challenges exporting into those markets. This affected consumption in the region during the 2017-2018 period.

The company is cautiously optimistic that things will turn around in 2018 and 2019.

“At home, the zerorisation of GST should boost consumer spending.

“In overseas, strong crude oil prices should jump start the economies in the Middle East,” he says.

Federal Oats exports to over 40 countries worldwide, from Asia to the Middle East and parts of Africa.

According to the latest Euromonitor survey, Captain Oats has a market share of 13% in Malaysia.

“We are the second leading brand which commands 82% of the market,” Chew adds.