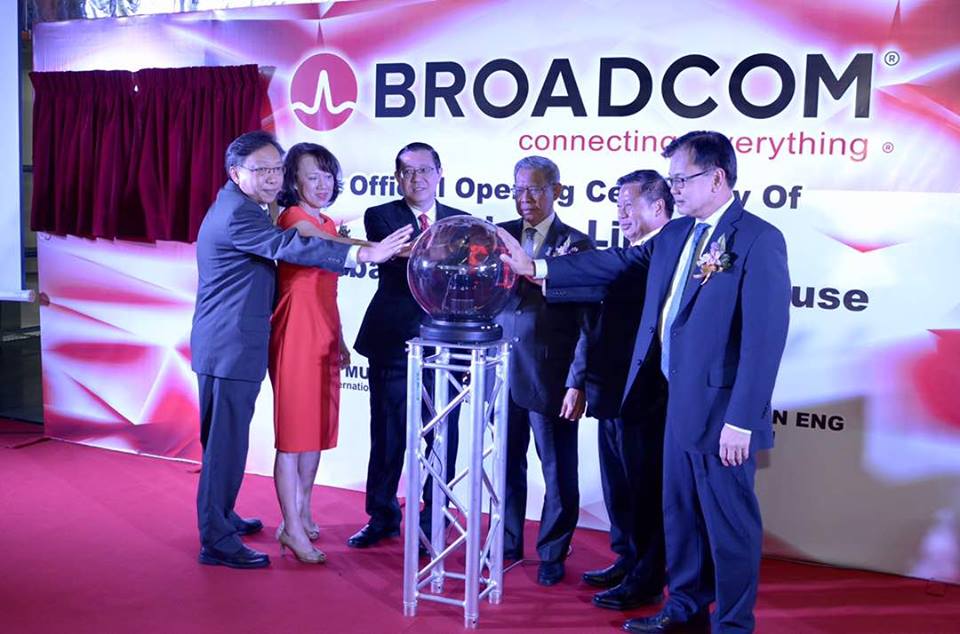 The warehouse, which will complete the backend of Broadcom’s supply chain, will ship over 90 per cent of Broadcom’s products directly to its customers.

“Broadcom’s estimated export revenue by 2018 will be around RM65 billion, so it will be the largest electronics and electrical exporter in the country,” said International Trade and Industry Minister Datuk Seri Mustapa Mohamed in his speech.

He said the largest electrical and electronics exporter in Malaysia now is Western Digital, which commanded an export revenue of RM20 billion.

“Broadcom’s export revenue will greatly surpass Western Digital and its exports alone will take up 8 per cent of the overall exports in Malaysia, not only in E&E,” he said during a press conference after officiating the opening of the warehouse this morning.

He said the company may have only invested RM59 million in its new facility in Penang, but its impact on the industrial and manufacturing ecosystem will be significant.

It will create business opportunities for local small-medium industries and enterprises, the local supply chain and also the logistics industry, he added.

“In addition to this global distribution warehouse, which is managed by its principal hub, the company has plans to expand further with business spending of RM4.1 billion over the next 10 years such as in global production planning, quality management, strategic procurement and logistics management,” he said.

He said Broadcom will import 30 per cent of its chips from the United States, 30 per cent is from the local supply chain, and the rest from other countries.

“In its export, it will also only export 30 per cent to America and 70 per cent is to other countries,” he said.

“United States should not be concerned about huge trade deficits because what we export to America is the same as what we import from them,” he added.

Broadcom Limited first started out as part of Hewlett-Packard in the Bayan Lepas Free Industrial Zone in 1972.

It was formerly known as Avago Technologies Limited before changing its name to Broadcom Limited in February last year after acquiring US-based Broadcom Corporation.