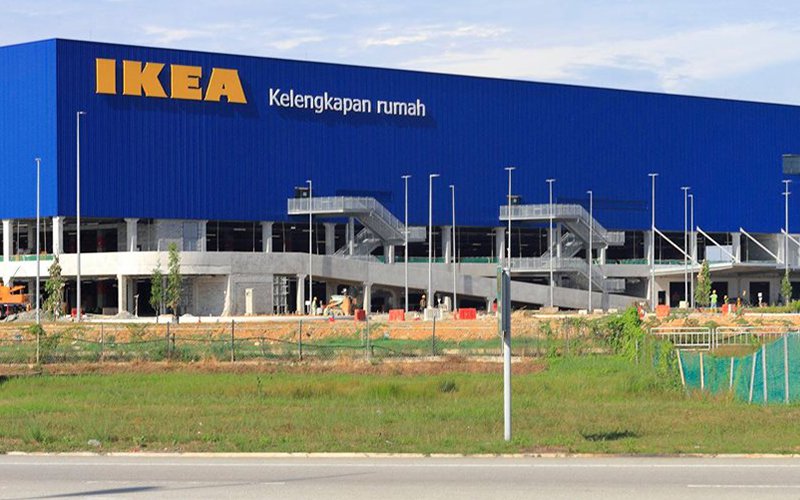 Aspen Vision City is a meticulously-planned integrated multi-phase mixed development envisioned as the commercial hub and central business district in Batu Kawan, with development components including Central Island Park, Vervea Commercial Precinct, Aloft Hotel and the first Ikea store in the northern region of the peninsula.

Aspen Group president M Murly said that RM105 million was invested in the first phase of Central Island Park with a 50m-high water jet, which is currently a hotspot in Penang ever since its grand opening in October last year.

He said for Vervea Commercial Precinct, which has a gross development value of RM845 million and completed in December 2018, RM60 million was invested in a 3,530-square metre trade and exhibition centre and RM25 million for the ETFE (ethylene tetra flouro ethylene) roof.

“We are targeting to open Vervea for business from the first quarter onwards.

“We welcome all established local tenants and brands that can cater for the community’s needs in the urban township,” he said, adding the JV company still has around 28.33ha of space left for future development.

He told reporters this after the signing of an agreement between Aspen Group and Marriott International Inc Hotel Development Asia Pacific here today.

Marriott will operate a 308-room, five-star hotel under the Aloft brand in Batu Kawan.

Meanwhile, Chen said the hotel for Aspen Vision City marked Marriott International’s 29th hotel in Malaysia. Another 25 are either in the planning phase or under construction.

“This makes Marriott International the largest international hotel in Malaysia,” he said.

Marriott International Inc is based in Bethesda, Maryland, United States, with a portfolio of more than 6,900 properties, including 30 leading hotel brands spanning 130 countries and territories.