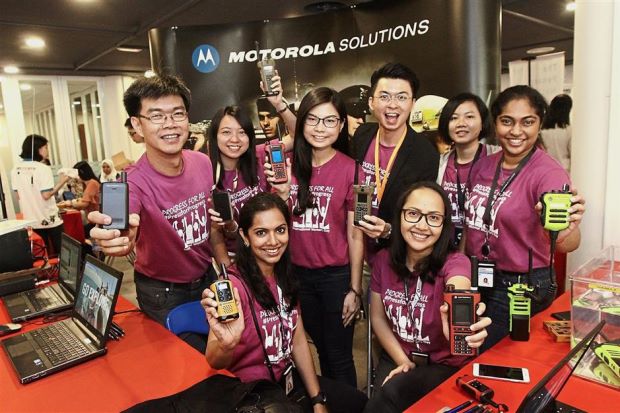 ASPIRING IT engineer Ooi Wei Wen, 16, came away with a sense of confidence that women could achieve anything if they set their mind to it after attending the Women in Zcience Conference and Workshop 2018 (WiZ2018) at the Tech Dome Penang in Komtar.

A Form Four student of SMJK Union, Wei Wen said she was motivated by the keynote speech ‘Mirror, mirror on the wall: Can I be a scientist’ by Prof Datuk Dr Aileen Tan Shau Hwai from Universiti Sains Malaysia.

“It was a good event but I hope that Tech Dome could have more IT related exhibits and programmes in the future.”

Muhd Nur Izzat, a Form Five student from SMK Raja Tun Uda, said he felt a bit nervous as he was one of only a handful of boys attending the event.

“My perception of women being the weaker gender changed after finding out that there are many women at the top of their field,” he said adding that he was now more supportive of his female friends.

The two of them were among 250 students present on the first day of the event recently aimed at promoting more interest in the fields of science, technology, engineering, and mathematics (STEM).

Held for the second year, the two-day event saw an increase of 100 participating students compared to 500 last year.

The keynote speakers were women at the top of their science fields and there were also mini STEM booths and science workshops as well as a self-defence class.

She said this was an opportunity to motivate students to become future scientists.

“We can only see the effectiveness of our efforts in 10 to 20 years, so what we can do now is to focus on building a learning environment to complement what’s not available in schools.”

Some of the highlights were coding lessons by Telebort and an introduction to Artificial Intelligence workshop through gaming experience by Motorola.