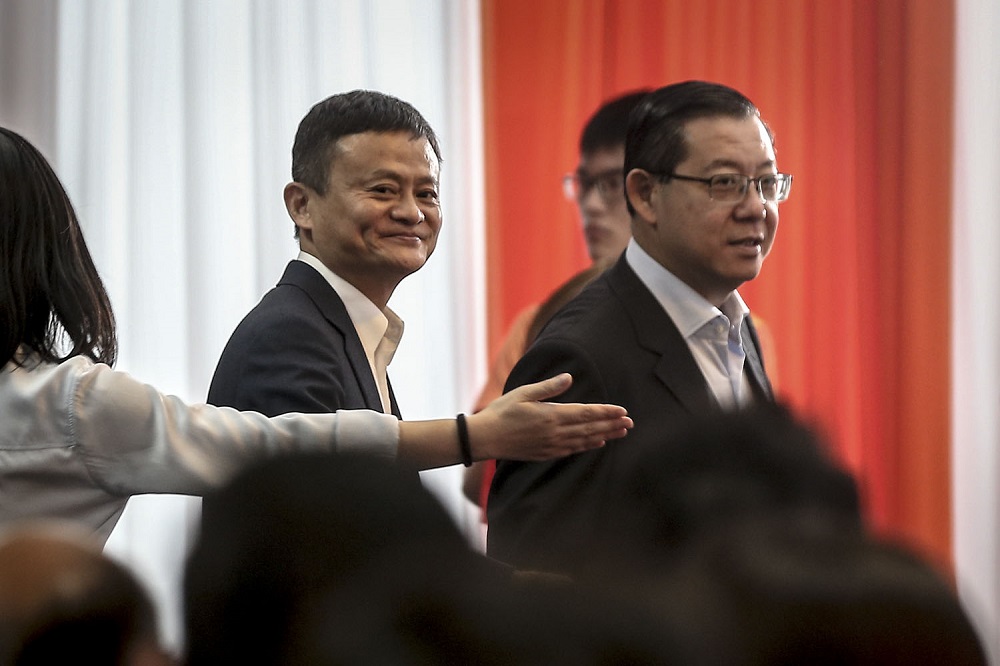 GEORGE TOWN, June 27 — Penang Chief Minister Chow Kon Yeow has invited Alibaba founder Jack Ma to visit the state so that he might consider investing there.

He said Finance Minister Lim Guan Eng had suggested to Ma to do so when they met recently.

“I am following up to that by officially sending Ma a letter and inviting him to look at our e-commerce system that is supported by startup companies here,” Chow said.

He was speaking in a press conference at his office today after receiving a courtesy call from Chinese Embassy minister counsellor and deputy chief of mission Chen Chen.

It was reported that Lim informally met with Ma on June 17 before the official opening of Alibaba’s office in Kuala Lumpur.

Chow pointed out that Penang, which is known as the Silicon Valley of Malaysia, has a strong base of multinational companies and small-medium enterprises (SME) in the information technology and e-commerce sectors.

He said Ma can consider Penang as a potential place for investment.

Earlier, he told Chen that Penang is open to cooperation with China on infrastructure projects in the state.

“We welcome Chinese companies to come and share their expertise and know-how in such projects,” he said.

“This will be good for technology knowledge transfer,” he said.

He said currently about 30 Chinese companies had invested in Penang.

“China was the largest foreign investor in Penang in 2016 when our companies invested close to RM700 million,” he said.

When asked about Malaysia-China ties after the May 9 election, Chen said the relationship remained “well”.

“The relationship between both countries are based on mutual respect, equality and mutual benefit so there should not be any worries of a drop in investments to Malaysia,” he said.

Chen expressed his confidence in continued cooperation between China and Malaysia as it was beneficial to both countries and their people.