The Trade War May Help Penang Return to Its Glory Days 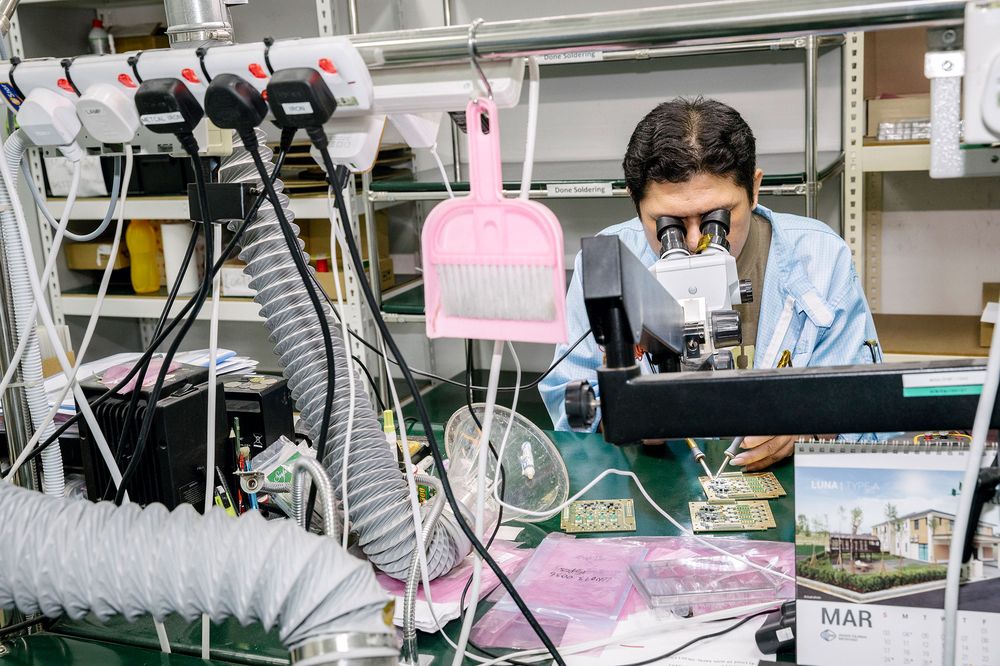 Penang’s pastel-hued, colonial-era buildings speak to the Malaysian island’s history as a key trading post for the East India Company, when spices filled its warehouses and the British and Dutch vied for dominance in the region.

Today, it’s the U.S. and China that are wrestling for economic supremacy—and Penang’s electronics industry that’s reaping benefits. Malaysia has found its niche as a neutral player in the trade war, helped by the fact that about one-quarter of the population is ethnic Chinese and an even larger proportion is proficient in English. Penang logged a 136% increase in foreign direct investment in the first half of 2019, to 8.7 billion Malaysian ringgit ($2.1 billion).

“This trade war, I think it’s a blessing,” says Chuah Choon Bin, executive chairman of Pentamaster Corp. Bhd., which makes equipment for the manufacturing and semiconductor industries. The Penang-based company has added 10 customers this year—a marked increase from the one to three it says it picks up in a regular year. Seven of its new clients are from China, which has ambitions to become self-sufficient in chips. “This year we are doing better than last year. And we know next year we will be doing better than this year,” says Chuah.

Penang, like much of Malaysia, was grappling with soaring unemployment in the late 1960s, when local authorities drafted a blueprint to diversify the economy away from rubber and agriculture. The state went “all out to attract multinationals,” says Loo Lee Lian, chief executive officer of Invest Penang, a nonprofit that works closely with the government. The island became home to what was then Malaysia’s first free-trade zone, drawing multinational heavyweights such as Advanced Micro Devices, Hewlett Packard, and Intel. Their ranks have grown over the years as new industrial parks have cropped up in the state. Nowadays, Penang boasts an unemployment rate of just 2.2%, more than a full point below the national average.

Despite its early success, Penang’s importance as an electronics manufacturing hub dimmed in recent years next to that of up-and-coming Chinese cities like Shenzhen. Now the U.S.-China trade war has rekindled interest. Penang was the destination for 35% of Malaysia’s approved foreign direct investment in the first half of 2019, according to Chow Kon Yeow, the state’s chief minister.

“I like this kind of challenge,” says Hotayi Electronic CEO Lee Hung Lung, who steered his company through the 1997 Asian financial crisis and the 2008 crash. These sorts of cataclysms can generate opportunities for a business like Lee’s, which sells its own products but also does manufacturing for bigger companies. The opening last year of a second Penang facility—a sprawling campus with an artificial waterfall and mini-golf course—was well timed: Hotayi Managing Director Goh Guek Eng says sales are up as much as 40% this year, about twice the norm.

The challenge is to make sure infrastructure bottlenecks and skills shortages don’t become obstacles to continued investment. Pentamaster’s Chuah says it’s difficult to get engineers to come over from the mainland. Authorities in the state are trying to address a lack of transportation options through an integrated plan that incorporates light rail, monorails, trams, ferries, and water taxis. But it will take years for some of these to be up and running: The first phase of the railway won’t begin operations until 2027, according to a government website.

Penang’s efforts to lure fresh foreign capital are getting a helping hand from Malaysia Finance Minister Lim Guan Eng, who was previously the state’s chief minister. The government’s approved 2020 budget offers foreign businesses a 10-year tax holiday on certain types of investments in the electronics sector.

Ng Sang Beng, CEO of Aemulus Corp., a business that supplies equipment to the semiconductor industry, says he has fielded five to 10 times more inquiries this year than in 2018 from U.S.- and China-based customers that are reconfiguring their supply chains in preparation for what he predicts will be a prolonged technological Cold War. “The opportunities are just huge,” he says. —With Yantoultra Ngui and Yudith Ho