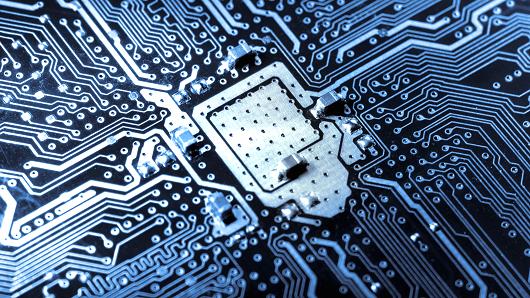 GEORGE TOWN: At least two major semiconductor test-equipment and sensor manufacturers have raised selling prices to offset the impact of a weaker dollar.

A few other tech manufacturers are maintaining their prices for now to stay competitive in the cut-throat semi-conductor industry where margins are narrow.

The higher prices, they said, would not have an impact as the demand for semiconductor equipment is increasing.

The manufacturers’ optimism is backed by SEMI, the association representing the electronics manufacturing supply chain globally, which projected global semiconductor equipment sales to hit US$60.1bil in 2018, a 7.5% growth from 2017.

Pentamaster Corp Bhd and MMS Ventures Bhd have raised their selling prices while Globetronics Technology Bhd said that their product prices would be adjusted according to the fluctuations in the US dollar.

Pentamaster, a test-equipment manufacturer, has raised its selling price slightly because 80% of the group’s sales are in US dollars.

Group chairman CB Chuah told StarBiz that selling prices were now between US$150,000 and US$600,000, higher than a year ago.

The adjustment is necessary as the ringgit has appreciated by at least 10% compared with the same period in 2017, according to Chuah.

“The price of our equipment is always about 20% below the market price, which gives us ample room to adjust our price upwards. The pricing is still very competitive after the increase,” he added.

“On top of the RM245mil sales we have secured so far, we are also getting enquiries and orders for the second half of the year, particularly from Japanese customers. We can expect the orders to grow by a double-digit percentage this year compared with 2017,” he said.

About 60% of Pentamaster’s orders come from the smart sensor segment, while the automotive, semiconductor, medical and consumer electronic sectors make up the remainder.

The test equipment that the company produces is used for checking defects in sensors and LED flash.

“About 40% of our orders are direct exports earning US dollars, while the remaining 60% are sold in ringgit to multi-national corporations in the country. This makes it necessary for us to adjust the selling price,” Sia said.

According to Sia, the orders for the first half of 2018 were weaker compared with the previous year’s same period.

“However, we expect business to pick up in June and July when orders for the third quarter start to come in,” Sia said.

Globetronics Technology chief executive officer Datuk Heng Huck Lee said the group had an agreement with its customers that the unit price would be automatically adjusted according to the fluctuations in the foreign exchange.

The company, which produces integrated circuit boards, optoelectronic products and sensors for electronic industry, said 60% of its sales are denominated in US dollars.

“Our margin is dependent on the product mix rather than the US currency alone.

“In the first half of 2018, we are experiencing slower sales. Moving ahead, the projection for the second half remains strong, as our customer from the sensor segment has informed us to increase our capital expenditure.

“There should be new projects in the second half of 2018 that should generate excitement,” he said.

Vitrox Corp chief executive officer Chu Jenn Weng said the group was maintaining its selling price to stay competitive, although 75% of its sales are in US dollars.

The average selling price of Vitrox’s vision inspection equipment is priced at US$50,000 and US$500,000.

“A higher volume of sales expected for this year and strong backlog orders will offset the margin erosion, a consequence of a stronger ringgit. As about 30% of the raw imported materials used are in US dollars, we will benefit from a stronger ringgit. We are positive about our performance for 2018,” Chu added.

Elsoft Research chief executive C.E. Tan, said the group’s sales were mostly in ringgit, as its customers comprised largely MNCs in the country. “Some 75% of our sales are quoted in the local currency, so we are not badly affected. To maintain the competitive edge, we have yet to raise the selling price of the test equipment sold in US dollars.”

Elsoft’s test equipment is used for checking the brightness and distribution of colours.

“A stronger ringgit has actually helped us in importation cost, as we buy about 40% of the raw materials in the United States,” he said.

Tan said the group was getting very good orders for the second and third quarters.

“We can expect a double-digit percentage growth in 2018,” he said.

“In 2018, South Korea, China and Taiwan are forecast to remain the top-three markets, with South Korea maintaining the top spot at US$16.9bil.

“China is forecast to become the second-largest market at US$11.3bil, while equipment sales to Taiwan are expected to approach US$11.3bil,” the SEMI report said.

On the poor performance of technology stocks, Heng said the reasons could be related to the lack of interest shown by consumers for the new smartphones and smart devices, which don’t have new features.

“Consumers, therefore, are not in a hurry to buy them. There is competition from the more affordable range of China-made smartphones,” Heng said.

Meanwhile, Chuah said US consumers were anticipating inflation due to the trade war between the United States and China.

“With protective tariffs, the prices of imported essential goods from China would go up, turning consumers into more cautious spenders for trendy consumer electronic goods. This definitely has an impact on the stock market as a whole and not just on technology stocks,” Chuah said.

Chuah added that if importers from the United States and China looked elsewhere to source their supplies, Malaysia would be one of the Asean countries that could benefit from the demand for machinery and medical device products.