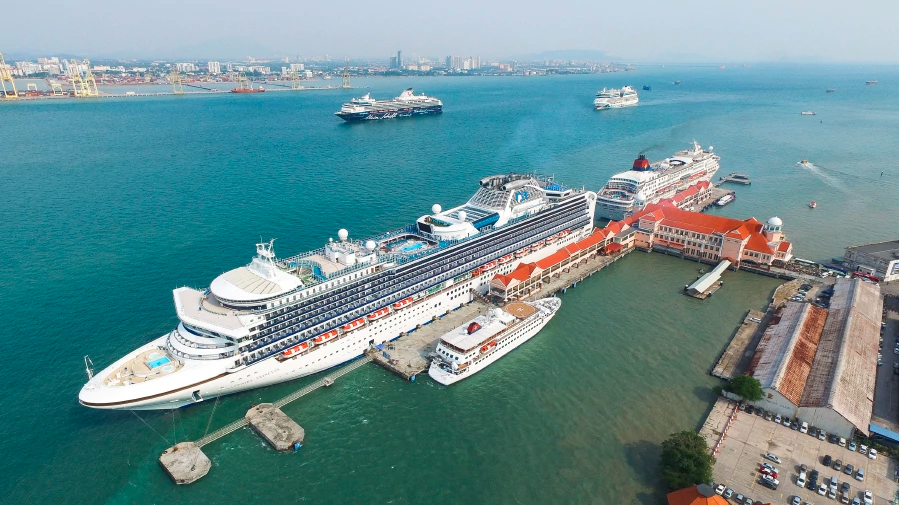 Noting on the growing cruise business demand in the country and the region, chief executive officer Sasedharan Vasudevan said the focus and next stage of development for Penang Port will be developing the cruise terminal to support future’s growth.

He added PPSB has been working on developing the cruise business via customers’ engagement, as far as Miami to lobby some of the potential businesses.

“A year ago, we inked a deal with Royal Carribean to have a joint-venture with the American cruise company to develop and operate the cruise terminal.

“The 20 per cent growth last year is very encouraging and shareholders feel this business sector worth developing,” he said.

Plans for the facilities include extension of the existing berths to 688 metres from its current length of 400 metres.

This will enable the terminal to berth two mega cruise liners carrying over 4,900 passengers each at any one time.

The growth in this sector in turn will spin off a potential earnings equivalent to about US$40 million annually worth of tourism spending in the state.

Royal Caribbean Cruises Ltd managing director, Asia Pacific, Sean Treacy said Malaysia has been a strong performer for our business and it is now the fastest growing market for Southeast Asia, doubling between 2015 and 2016.

“While we expect a similar performance this year, this strong growth is driven by our deployment of more ships, and newer and larger ones such as Ovation of the Seas and Voyager Class ships like Voyager of the Seas and Mariner of the Seas are attracting a growing number of travellers in Malaysia,” he said in a recent interview.