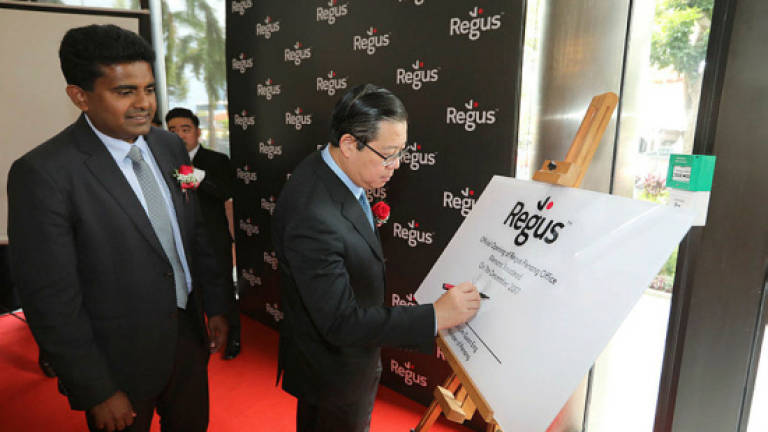 Lim said that the figure is an upgrade from what was achieved last year where Penang achieved a GDP growth of 5.6%.

“Our growth has outperformed the national GDP of 4.2% for last year.”

The World Bank’s forecast for Malaysia’s GDP this year is at 5.2%.

He said the forecast for this year’s GDP was based on the state’s performance in terms of investments coming from the manufacturing sector.

Lim pointed out that the Malaysian Investment Development Authority (MIDA) had announced that Penang was the top recipient for manufacturing approved investment in the first half of this year with a value at RM7.7 billion.

He said the amount was way ahead compared to other states and Penang has also contributed 45% of the total investment into the country.

“With the encouraging performance this year, the state’s forecast was that Penang could record a GDP of at least 6% in 2017,” he said at the official opening of Regus’ third business centre in Penang in Menara Boustead here.

He added that for this year; Austrian-based Swarovski, the world leading automotive software company – Luxoft Power Integrations and French-headquartered Teleperformance have announced that they will invest in Penang while companies such as Toray and UST Global have also increased their investments in the state.

On the flexible working space which was mooted by Regus, Lim said SMEs and businesses in Penang can now leverage on flexible working options to enhance their growth as well as to increase their productivity and to attract or retain talent.

He said the new business centre in Menara Bousted which offers office space of 10,700 sqft will be able to increase the available flexible work and office space in Penang.