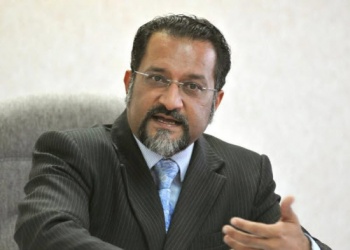 GEORGE TOWN: Penang will be the first state in Malaysia to have 100% Light Emitting Diode (LED) street lighting by 2020.

He said it not only involved streetlights maintained by the local authorities but also those managed by Tenaga Nasional Bhd.

“Penang will be the first state in Malaysia to have all LED street lights, which can save energy and reduce bill costs by up to 60%,” he told reporters after chairing the Local Government Council meeting here today.

“Last year, the Penang City Council had footed electricity bills for street lights amounting to almost RM6 million, while RM7 million was paid (for the purpose) by the Seberang Prai Municipal Council,” he said.

He said the DAP-led state government’s GE14 manifesto had promised that it would install a total of 20,000 LED streetlights across Penang.

Meanwhile, Jagdeep, who is also Datuk Keramat assemblyman said the state government was also looking to have 1,000 closed circuit television cameras (CCTVs) as promised in the manifesto.

He said Penang currently had 680 CCTV units for security monitoring, with 550 units on the island and 130 in Seberang Prai.

“The number of CCTVs on the island will be bumped up to 911 units by May next year, bringing the total number of CCTV units to be operated in the state to 1,041,” he said. — Bernama