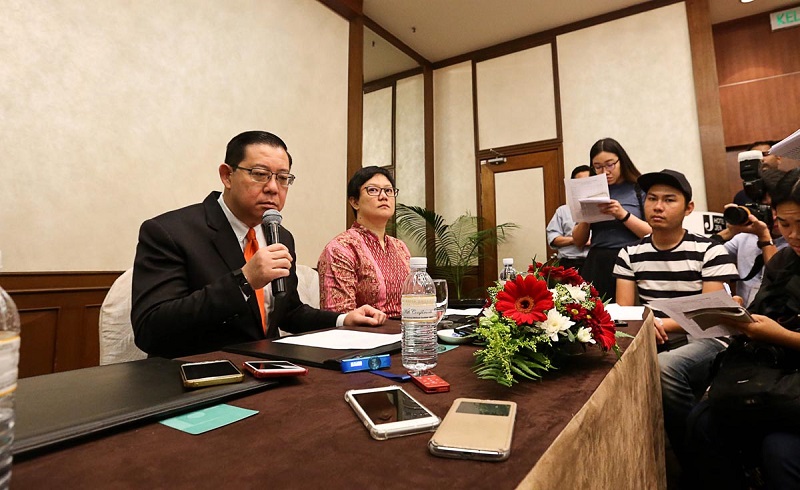 GEORGE TOWN, Jan 4 — Penang is expecting to top the manufacturing sector in the country with over RM10 billion in approved investments for the whole of 2017.

Penang Chief Minister Lim Guan Eng said the Malaysian Investment Development Authority’s latest report placed Penang at the top in the country with a total RM8 billion in foreign direct investments (FDI) in the manufacturing sector between January and September 2017.

“The domestic investment stands at RM1.9 billion which brings to a total of RM9.9 billion,” he said in his speech at the signing of a strategic partnership agreement here.

Lim later told Malay Mail that the state expects to easily exceed RM10 billion in total investments for the whole of 2017.

“There was a boom in the electronics sector and we expect this trend to continue this year,” he said.

He said a main portion of the total investments was FDIs and this year, the state hoped to attract more of the same.

“We have our own projections to record about RM5 billion in investments this year,” he said.

Earlier, Lim said Penang is not only an important destination for tourism and business events but one that has continued to attract foreign and local investors.

The electronics and electrical sector in the manufacturing industry of Penang has been the main economic driver for the state until recently.

Currently the state’s economy is driven by both the manufacturing and services industry.