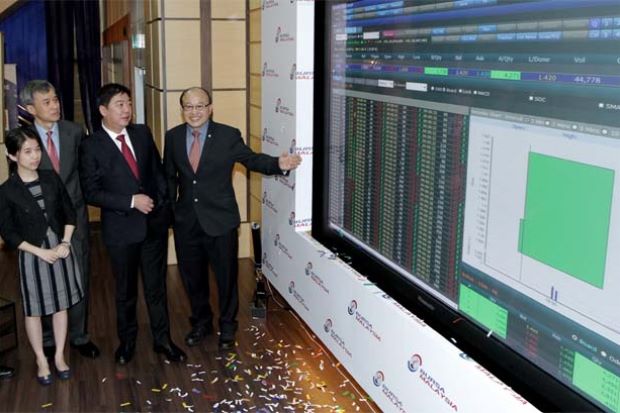 PETALING JAYA: Mi Equipment Holdings Bhd shares closed up 12 sen at RM1.54 on its debut on Bursa Malaysia with nearly 74 million shares changing hands as the rally in technology stocks benefited the counter’s entry on the stock market.

The Main Market wafer level chip scale packaging (WLCSP) sorting machine manufacturer is the first company to be listed on the Main Market of Bursa this year.

Speaking after the listing ceremony yesterday, Mi Equipment group CEO and executive director Oh Kuang Eng said the listing is a conclusion to the group’s 12-year roadmap which was primarily focused on organic growth.

“We shall publish our next 10-year roadmap by the end of the fourth quarter of this year.

“The roadmap shall outline key targets to be achieved in two phases, with a timeline of five years each.

“In the near term, our goal is to ensure that the construction of buildings are completed on time, which will allow us to secure orders on a larger scale from existing and new customers,” he said.

Mi Equipment raised a total of RM190.89mil, of which RM140mil or 74% will be utilised for the construction of two new factories in Bayan Lepas and Batu Kawan in Penang over the next two years.

Currently, Mi Equipment has an estimated production capacity of 12 machines per month.

WLCSP sorting machines are used by companies in the semiconductor industry that are involved in the manufacturing, testing, assembly, and packaging of advanced wafer level packages.