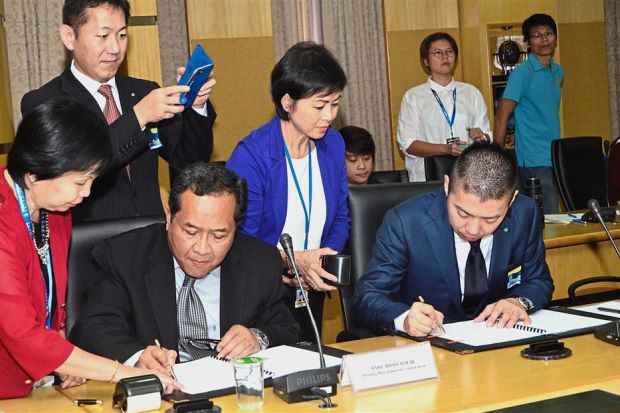 JLL MALAYSIA Sdn Bhd, a subsidiary of Japan Lifeline Co Ltd, is investing RM70mil in Penang over the next two years.

The investment includes the manufacturing equipment and acquisition of a 1.6ha plot at Penang Science Park, Bukit Minyak, for the construction of a factory.

Its managing director Kenji Yamada said their technical expertise and experience gained over the years had given them the confidence to spread its wings in Penang.

“We have chosen Penang as it is the perfect location with good infrastructure and ample skilled human resources.

“We also received strong support from the state government.

“We are truly excited and proud to be part of Penang,” he said in a recent press conference at Komtar.

Yamada signed a sale and purchase agreement with Penang Development Corporation (PDC) for the land.

The factory is expected to begin operations in early 2020 and create 50 high-income jobs for a start.

JLL is a Japan-headquartered leading manufacturer of medical devices, specialising in the cardiovascular field.

With a 37-year history, it is one of the leading companies selling catheters used in diagnosis and treatment of arrhythmia in Japan.

Lim, in his speech, said the state’s diversification into fast growing sectors such as medical devices have continued to strengthen the state’s value proposition to investors.

“Last year, the Association of Malaysian Medical Industries estimated an export growth of 12% valued at RM17.74bil.

He added that Japanese investors were the third largest foreign direct investment contributors in the manufacturing sector to Penang with investment value of RM5.33bil between 2008 and June 2017.