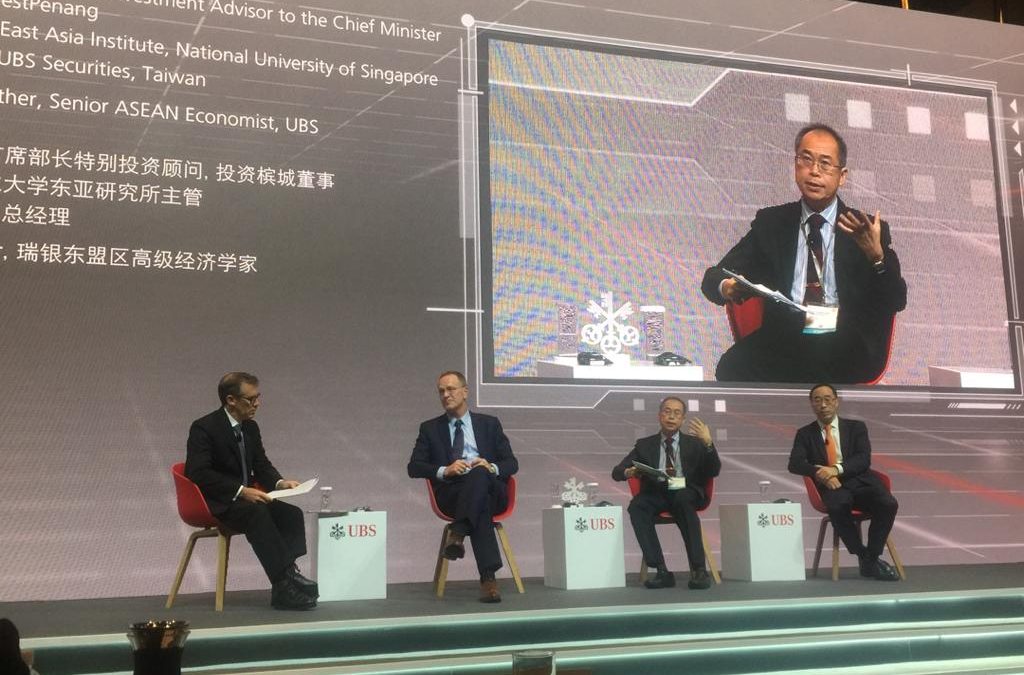 GCC: Is the World Shifting to Two Supply Chains?

The world may be moving towards two global supply chains as manufacturers wary of the U.S.-China trade war seek to retain China as a market while also continuing to supply the U.S., the UBS Greater China Conference in Shanghai was told today.

However, foreign companies quitting China to reduce the risk of the trade war and save costs may in fact be incurring more costs and problems than they save, a panel of experts agreed.

In a session entitled “China’s Shifting Supply Chains: The Perspective from the Rest of Asia,” Lee Kah Choon, Special Investment Advisor to the Chief Minister of Penang, Bert Hofman, Director of the East Asia Institute at the National University of Singapore, and William Dong, Head of UBS Securities Taiwan, were skeptical that a major shift will take place and cautious about the benefits.

“A lot of Taiwanese companies are clustered in China and when it comes to selecting new sites, they are not always in agreement,” Mr Dong told the conference. Some are going to Malaysia and others to Vietnam and Mexico. Supply chains gets longer and longer, logistics get more challenging. The cost of production can increase, believe it or not.”

Nor do other countries have anything like the capacity to accommodate companies moving out of China, which accounts for more than 20 percent of global manufacturing while its rivals generate only a small fraction of that, Prof. Hofman said. “The overall capacity of China is so massive that you can only expect so much from this outsourcing,” he told delegates. “Infrastructure in other countries is still a bottleneck.”

Mr. Lee said that to compete with China for U.S. markets, countries such as Malaysia should not be first and foremost focusing on cost to produce as cheaply as possible. “The world is bigger than China and the US,” he said, noting that the rest of the world still accounts for some 60 percent of global markets.

The present disruption, he said, wasn’t a “winners and losers” situation, but he did see the possibility of the world developing two supply chains as countries sought to ensure they had alternative markets.