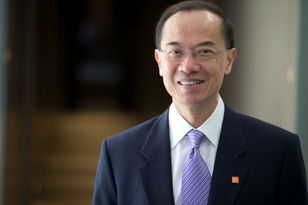 Come and Join us for the first investPenang “The CEO Speaks…” series for 2016. This first series bring you George Yeo, the Chairman of Kerry Logistics.

George Yeo will be sharing on China’s “One Belt, One Road Initiative” and what it means for strategic positioning of Penang and its logistics.

China’s One Belt, One Road initiative has the potential to change the economic and cultural map of Eurasia, both overland and maritime. Modern Penang was founded by the East India Company for an earlier China trade. How should Penang position itself for the China trade of the 21st century?

Following this event will be the launching of George Yeo’s book entitled, “Bonsai, Banyan and the Tao” organized by Penang Institute. Guests are welcome to stay on for the book launch.

To register for the CEO Speaks event, please click here.

George Yeo joined Kerry Group on 1 Jan 2012 as Vice Chairman. Since 1 August 2012, he has also assumed the Chairmanship of Kerry Logistics Network.

From September 1988 to May 2011, he served 23 years in Singaporean Government, and was Minister for Information and the Arts, Health, Trade & Industry, and Foreign Affairs.