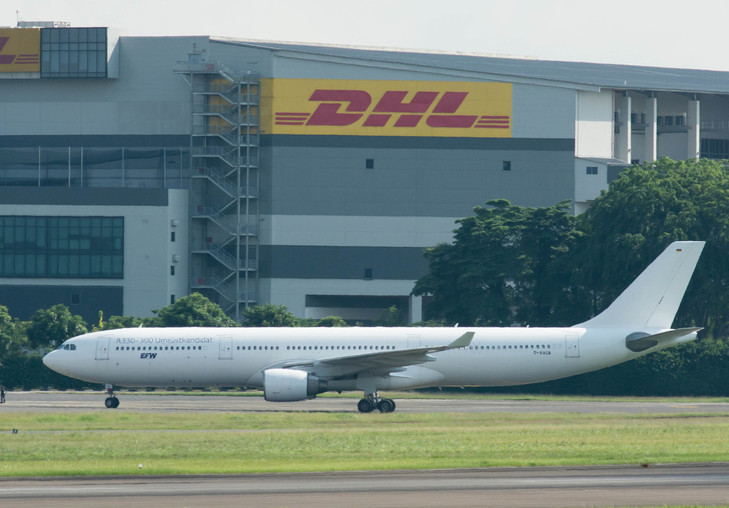 KUALA LUMPUR: DHL Express has welcomed its first ever Airbus A330-300 aircraft at its Penang Gateway, making Malaysia the first country in the world to operate the first of its four A330-300s.

In a statement today, the international express services provider said the A330 will join the DHL Express fleet under a new passenger-to-freighter (P2F) deal with Elbe Flugzeugwerke (EFW), a joint venture between Airbus and Singapore Technologies Aerospace.

“By welcoming our first A330-300 P2F aircraft, we are ready to service increasing e-commerce volumes from Malaysia, which is expected to show a compound annual growth rate (CAGR) of 17.9% from now to 2022,” he said.

He added that Malaysia’s trade performance is expected to maintain its growth momentum and hit RM1.8 trillion in 2018.

“Being the only logistics company in the world to own and operate the A330-300 P2F aircraft, DHL will be able to enhance service standards and match e-commerce merchants’ and buyers’ demands,” he said, adding that the flight will be servicing the Vietnam and Hong Kong markets.

Ong said the company’s improved capabilities will further support Malaysia’s economy by facilitating its customers’ access to the global markets, while embracing the fourth industrial revolution.

With 33 per cent more freight capacity per flight, DHL Express said it aims to strengthen their delivery capabilities across its network, while enhancing its capacity to deliver more shipments than ever before.

The A330-300 P2F will provide additional high-volume, low-density capacity in Malaysia with a gross payload of 61 metric tons.

It will also import and export goods six times weekly from Penang to Hong Kong. The converted A330-300 P2F features a range of updates including reinforcements to its fuselage, floor structure, door frame shell, newly-installed safety barrier nets and a powered cargo loading system.

“Our eyes are fully set on investing in the future. We have pioneered passenger-to-freighter conversions since 1997, and our innovation in efficiently expanding our fleet is aimed at further strengthening the DHL Express regional network,” said Ong.

DHL Express said the Penang Gateway will continue to play a major role in facilitating greater connectivity to the key markets with a total fleet of two aircraft, 30 vans, 25 trucks and nine bikes.