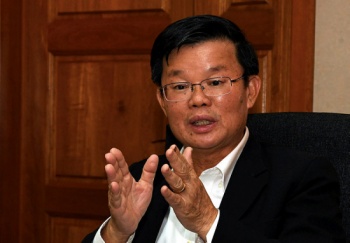 Chow said the LRT project would take a longer time to complete in Penang but he hoped to see the project commence within five years.

“The LRT project will take between six to eight years, so if we could start in two to three years, we would be moving ahead slightly,” he told Bernama in an interview recently.

He added that in the past three years, the state government was concentrating on efforts to conduct studies on the LRT project to fulfil the conditions of the Land Public Transport Commission (SPAD) or the Town and Country Planning Department (JPBD).

Chow who is also Tanjong MP said if the approval for LRT is acquired in two to three years, maybe construction will start within this term.

“If we could begin construction, it will be another six to eight years before we will get a new modern public transport in Penang,” he said.

Before this, Chow expressed the hope that mega projects in the state would be expedited if the Penang state government was aligned with the federal government.

Among the state’s mega projects are the undersea tunnel encompassing the construction of three main highways, Penang South Reclamation (PSR) project, Penang Sky Cab and LRT which are estimated to cost RM46 billion in total.

Nonetheless, the Padang Kota assemblyman said there were constraints on the proposal by several non-governmental organisations for a tram system to overcome the high cost of building the LRT.

He said to date, there were quarters who questioned the suitability of the LRT project in Penang but at the same time, not all roads in Penang were built according to the standard for a tram system.

“If tram is built on the existing roads, the capacity of roads will be reduced less while the LRT or MRT could be build on overhead or underground tracks,” he said.