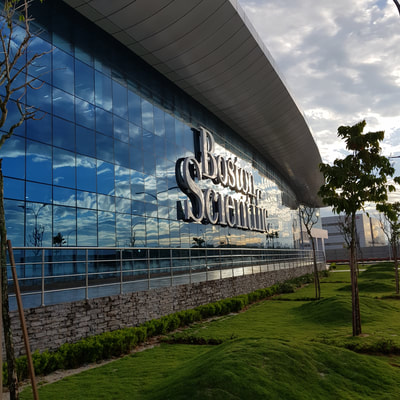 SEBERANG PERAI, Feb 6 — Boston Scientific expects production at its Penang facility to rise by up to 10 per cent annually starting from 2019.

“We have space for two more clean rooms so we have lots of growth plans as this facility is built with a long term view,” said Boston Scientific manufacturing and distribution vice president and general manager Dave Mitchell.

He said the company invested hundreds of millions of ringgit to build its 375,000 sq ft, state-of-the-art facility here.

Initial production was focused on medical devices from the cardiology, endoscopy and urology portfolios.

“The products manufactured here are shipped globally but a vast majority of demand is in Asia, about 90 per cent of the products are shipped in Asia,” he said in a press conference at the official opening of the factory here.

Senior vice president and head of Asia Pacific Warren Wang said the region is expected to overtake Europe as the second largest market for the medical devices sector.

The US is currently the largest market for such products.

Wang said the Asia Pacific market could surpass Europe as soon as 2020.

“This is why we chose to have a plant in Asia,” he added.

Boston Scientific has 19 plants globally and the plant in Penang is the only facility in Asia.

Boston Scientific, based in Massachusetts, is a global medical technology leader for more than 35 years.