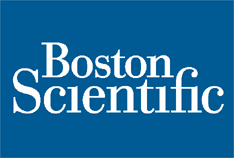 KUALA LUMPUR: New York-listed Boston Scientific Corp has commenced operation at its new manufacturing plant in Batu Kawan Industrial Park, Penang. This is the 19th global manufacturing facility for the medical device giant, and its first in Asia.

An official opening ceremony will take place in February next year.

According to its vice-president and general manager of manufacturing and distribution for Malaysia Dave Mitchell, the company has injected “hundreds of million of ringgit” into the new plant, with plans to add as many as 400 new local jobs over two years.

Boston Scientific’s new manufacturing plant spans 375,000 sq ft over a 20-acre (8.1ha) parcel. The facility will begin producing two of the company’s medical products that are used in cardiovascular and endoscopy this year, before expanding its production to include the urology product families next year. Boston Scientific has more than 13,000 products in its global portfolio.

Mitchell said capacity utilisation of the new plant will be low in the first two years as regulatory approvals may slow the pace at which new products get to market.

“We expect the plant to operate at 30% of its capacity by 2019. That’s because for each product we move in, it might take a year (to get to market),” he told The Edge Financial Daily in an interview.

Boston Scientific already has a presence in Malaysia since 1997 through its commercial sales office in Kuala Lumpur.

Mitchell said Boston Scientific began contemplating an expansion of its global production base two years ago and received the support from its board of directors to set up a manufacturing plant in Penang in December 2015.

“We had identified the need a couple of years ago to add capacity to support our global growth. We had then looked around the world and identified what are the appropriate areas for us to invest in,” he recalled.

The company ultimately selected the Penang site for its high-skilled workforce, infrastructure to support manufacturing and business friendliness.

“Asia is a significant region for us. The company derives almost 20% of its global sales from Asia. As we looked at our global footprint, a natural step was to have a manufacturing facility in Asia,” Mitchell noted. The Asian medical devices market is reportedly valued at over US$6.5 billion (RM27.3 billion).

He added that the new facility will be producing products for the company’s global markets. Presently, Boston Scientific supplies medical technologies to more than 100 countries, out of which 15 are in Asia.

“Our focus here is not only on manufacturing, but to be able to provide value-added services. A natural outgrowth would be research and development (R&D) activities,” he added. In Asia, Boston Scientific currently operates R&D centres in India and China.